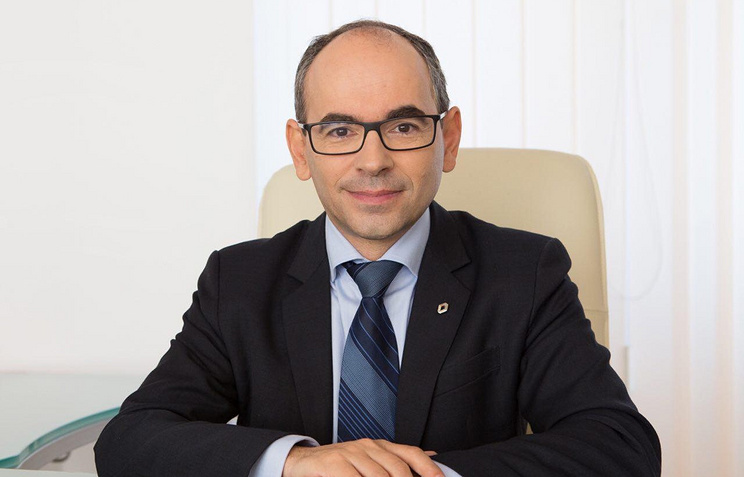 The current head of the automaker Nicolas Moore will focus on the performance of the duties of senior Vice President and head of Renault’s Eurasia region and Deputy Chairman of the Board of Directors of “AVTOVAZ”. “In these functions, Mr. Mor will continue to monitor the financial health of AVTOVAZ and the implementation of the medium-term plan of development of the company”, – reported in a press release.

Yves Karakatsanis is currently the General Director of Renault in Romania, where he is responsible for all commercial and production activities. Also, Karakatsanis holds the position of President and CEO of Automobile Dacia SA.

Earlier, the head of Rostec Sergey Chemezov told journalists that the state Corporation and Renault in October will complete the recapitalization of AVTOVAZ by 107 billion, which resulted in the Alliance Rostec Auto B. V. will increase its stake in Russian automaker to 83.5% from 64.6%. Following the transaction, the automaker will receive the assets, cleared the debt on the specified sum. In return, the joint venture of Rostec and Renault increased its stake in Russian automaker to 83.5% from 64.6%. Completion is scheduled in October 2018.

Recapitalization of AVTOVAZ is held in two stages with the aim of restructuring the debt of the company. The first issue of the automaker in the amount of 26 billion rubles was held in December 2016 – it was bought by Renault, as well as minority shareholders, including “the Renaissance of groups”. In the beginning of 2018 was held on the conversion of debt of AVTOVAZ for the total amount of 61.4 billion rubles in shares. Rostec and Renault stepped in favor of Alliance Rostec Auto B. V. of the right of claim for the debts of the automaker – by 30.7 billion rubles each. In return, the Alliance became the participant of the closed subscription of new shares of “AVTOVAZ” of the same value.

The final stage is scheduled for October 2018, when about 20 billion rubles, according to Chemezov, Rostec will be made to the statutory purpose of “AVTOVAZ” without increasing the share capital.

In 2015 as a result of the cost of new product launches, crisis in the auto market, falling purchasing power and the devaluation of the ruble AVTOVAZ received a record loss in accordance with IFRS – almost 74 billion. The company has also breached covenants in the agreements with banks 36.6 billion rubles and reported in the financial report that without the support of shareholders there is a risk of suspension from operating activities due to the large losses and the difficulties associated with the repayment of debt. Against the background of deterioration of financial indicators “AVTOVAZ” the company changed its leader: Bo Andersson, who managed the plant from 2013, replaced the former General Director of Renault in Romania, Nicolas Moore.