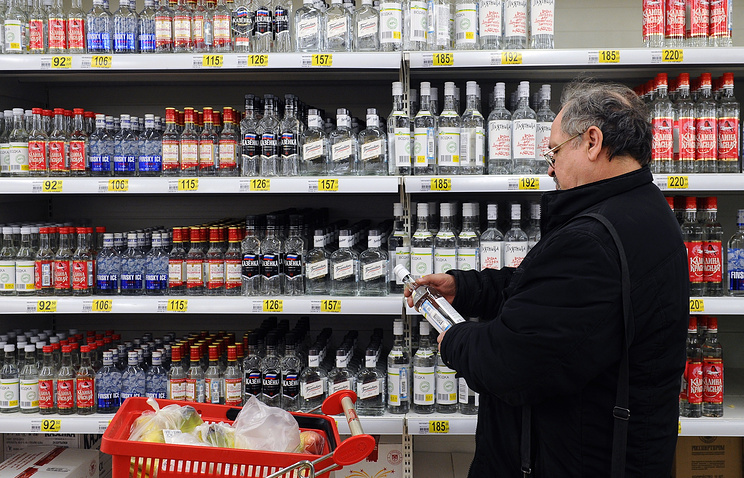 MOSCOW, April 17. /TASS/. Retail sales of vodka in January – March 2018 increased to 8.5% compared with the figure for the same period in 2017, and $ 16.9 million decaliters (dal). Sold in March of 5.94 million dal. This is stated in the message of the National Union of consumer rights protection.

In General, the volume of retail sales of alcoholic beverages (without beer, beverages made on the basis of beer, cider, Poire and Mead) in January – March 2018 amounted to 48,79 million dal, which is 10.8% higher than last year.

According to the Union, the volume of retail wine sales for the period grew by 7.7% and amounted to 11.3 million decaliters, and sales of brandy grew by 13.8%, to 2.68 million dal.

Previously Net reported that the volume of retail sales of vodka in 2017 in accordance with the submitted sellers of alcohol declarations grew by 2.45% and amounted to 72,2 mln dal vs 70.5 million has given in 2016. The Department indicated that data for sales of alcohol, calculated on the basis of submission by the sellers of the declarations, are the most correct, because the unified state automated information system of the account of alcohol (EGAIS) is fully operational only by July 2017.