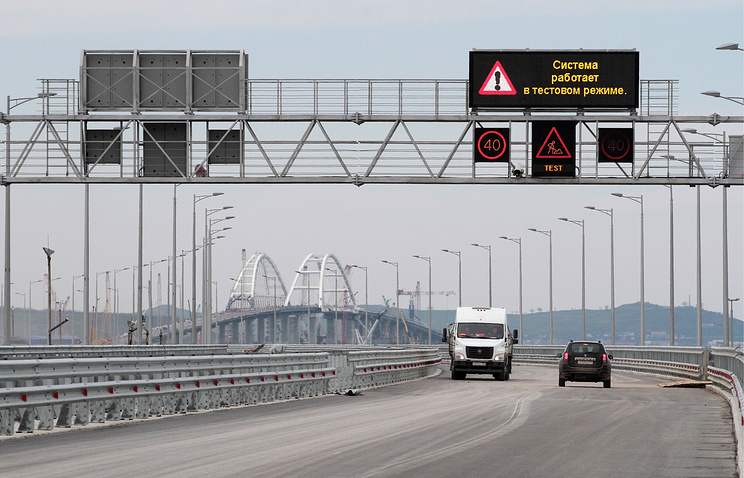 According to the representative of the developer Eugene savateeva, thanks to the work of ATMs will be provided, the control over observance of traffic rules (SDA), effective movement control, monitoring traffic flows, weight and size control, informing drivers and rapid response to complications of a traffic situation.

Automatic weather stations will monitor the situation and condition of the surface of the roadway. They will warn about hazards on the road such as ice, strong wind, fog, frost, wet or snowy road surface.

On the basis of the obtained data on traffic flows, weather and other road conditions, said the Savateev, the system determines an optimal control movement. Algorithms flexible regulation will allow us to change it depending on actual traffic information on the bridge, in particular, to determine the recommended speed and to efficiently manage traffic flows.

“Drivers are informed about traffic conditions with signs and marks variable information. For example, in the case of overlapping of one of the lanes due to an accident signs will direct the flow into a free lane,” said the Savateev. He said that the instructions on the signs will help the driver time to readjust and keep the speed

The system manages traffic not only on the Crimean bridge, but autopatched on the part of the Taman and Kerch. Software of ATMs developed by Russian specialists.

The bridge in the Crimea – the longest in Russia and one of the largest in Europe, its length is 19 km.