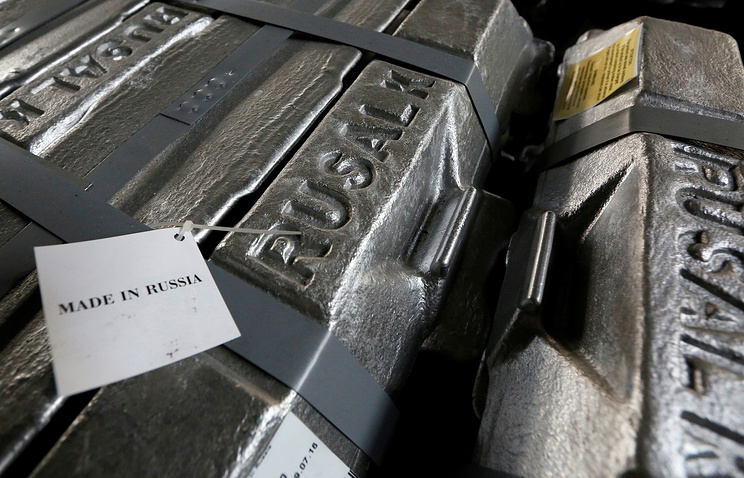 TASS, April 17. Japan’s largest commodity traders was asked RUSAL to stop the shipment of aluminium and other products after the Russian company was hit by US sanctions. This writes Reuters, citing sources familiar with the situation.

“We asked RUSAL to stop the shipment of the aluminium on our fixed-term contracts, because we can’t pay them in U.S. dollars, and we don’t want to risk becoming a secondary target for the United States sanctions”, – quotes Agency the words of the source in one of the trading companies.

Another source confirmed to Reuters that the request “RUSAL” to stop the supply associated with the risk of sanctions.

In RUSAL, declined to comment to the Agency, to discuss the topic not become the biggest customers of “RUSAL” in the Japanese companies Mitsubishi, Marubeni and Mitsui.

According to the Japanese aluminium Association, the country buys about 300 tonnes of aluminium in Russia, accounting for about 16% of the total imports of this metal.

USA 6 April announced the introduction of sanctions against several Russian officials, businessmen and companies. Among them was the head of “Gazprom” Alexey Miller, the head of VTB Andrey Kostin, the owner of “Renova” Viktor Vekselberg, the General Director “Surgutneftegaz” Vladimir Bogdanov, Board member of “SIBUR” Kirill Shamalov, businessmen Igor Rotenberg and Oleg Deripaska, Suleiman Kerimov.

In the list of companies was hit by multiple structures associated with Deripaska: Agroholding “Kuban”, “the EuroSibEnergo”, “RUSAL”, the holding “Russian machines” and the GAZ group, the investment company B-Finance, holdings Basic element and En+.

American companies that signed contracts with the defendants in the list, expected to complete them by June 5.