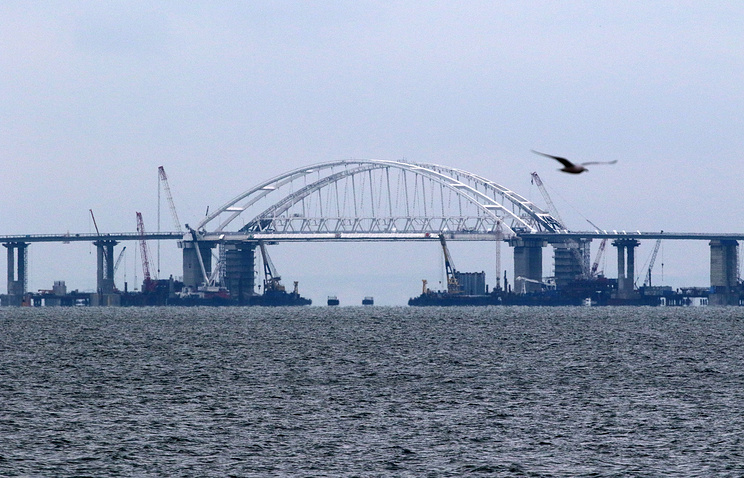 SIMFEROPOL, April 17. /TASS/. The Council of Ministers of Crimea gave the land on the island of Kosa Tuzla in the Kerch Strait in the Federal property for construction of Crimean bridge. The decision was accepted on Tuesday at session of the government of the Republic.

It is noted that the Council of Ministers on the transfer of land was prepared on the basis of the statement of Federal state institution “Management of Federal highways “Taman” Federal road Agency”, in relation to the construction of a bridge across the Kerch Strait.

The head of the Crimea Sergey Aksenov called the decision technical. “This is a Federal facility [Crimean bridge], and the land for these facilities needs to be Federal. This is a purely technical issue,” he said, answering the question TASS.