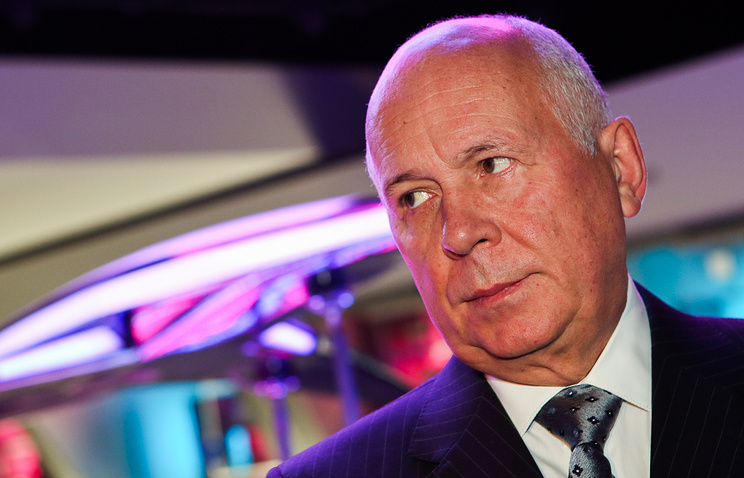 MOSCOW, April 19. /TASS/. The head of state Corporation “rostec” Sergey Chemezov has written to Deputy Prime Minister Dmitry Rogozin letter, in which he proposed to consider bankruptcy “Kurganmashzavod” (KMZ), one of the largest Russian enterprises of the military-industrial complex. On Thursday newspaper RBC, which is the text of the relevant document.

According to the newspaper, the letter dated 2 April 2018. It indicates that Chemezov considers it necessary to start the bankruptcy KMZ, and then combining it with the Tula Design Bureau of instrument. academician A. G. shipunova (KBP). The head of Rostec’s requests “as soon as possible” to hold a meeting of the government Commission on the promotion and implementation of measures on prevention of bankruptcy of strategic enterprises and defence industry organisations to consider the issues associated with the introduction of bankruptcy procedures in respect of KMZ”, the newspaper said.

The letter indicated that the current state of CMH and group affiliated companies “critical.” Chemezov also noted that the CMH is experiencing problems with the implementation of the state defense order (SDO) for 2018. “The execution of the tasks of the SDO 2018 requires additional funding in the amount of 16 billion rubles. The sources of such funding, taking into account the financial condition of “Kurganmashzavod” no”, – quotes RBC excerpts from the letter.

In November last year, the Bank has addressed in Arbitration court of the Kurgan region with the statement for recognition KMZ bankrupt, the amount of claims amounted to 68.5 billion rubles. In early may of 2017, the defense Ministry filed a lawsuit in the Moscow Arbitration court with a demand to recover from KMZ 352 million rubles under the contract for supply BMP “kurganets-25” in the years 2014-2016, the court then the claim is denied.

At the end of may last year, the division of Regardie also filed a claim for recognition KMZ bankrupt, the amount of claims amounted to 1.5 million rubles. Also plaintiffs in the case are the company “TransFin-M”, the requirement is – about 130 million roubles, and the State transport leasing company (gtlk) – 4.1 million rubles.

Chelyabinsk forge-and-foundry in July 2017 demanded KMZ more 85,7 million rubles, STLC – more than 8,7 million rubles, Minsk mechanical plant named after S. I. Vavilov – more 212,7 million. In September, the business has also joined the Regional center for professional assessment and examination, which asks to recognize as reasonable debt KMZ in the amount of 4.2 million rubles.