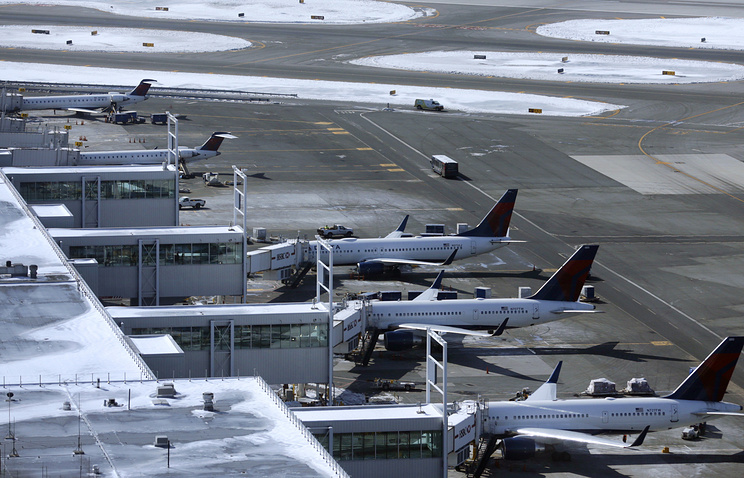 WASHINGTON, April 18. /TASS/. The Ministry of transport of Russia has extended permission for transit flights by American carriers on the three routes until the end of October this year. This was stated on Tuesday the correspondent of TASS, the official representative of the state Department.

“The transport Ministry informed us today that it will extend until the end of October 2018 the validity of permits American airlines relating to operations on three routes. Several American airlines have confirmed that they have received permission for these transit flights”, – said the employee of foreign policy Department of the USA.

According to the outlined information, the Ministry of transport, in particular “extended to 20 April (this year – approx. TASS) validity of permits for cargo flights (American companies – approx. TASS) from Asia to Europe.” “Russia proposes to approve alternative … these flights route after April 20. We are consulting with American airlines on [this] proposal of Russia”, – said the diplomat.

“We are also working to chart (date – approx. TASS) discussions on this and other issues with officials of the civil aviation industry of Russia. Our goal is to provide the most benefits to the American airlines. We have for decades existed mutually advantageous relations in the field of commercial aircraft, including transit flights involving American airlines (in its airspace – approx. TASS),” added the spokesman.

As argued earlier in the day at a regular briefing for journalists the head a press-services of the Department of state Heather Nauert, Americans are expected to spend this week in Washington meeting with representatives of civil aviation authorities of the Russian Federation, but Moscow canceled it. The Russians informed the Americans that will appoint a new date for the consultation, said the representative of the state Department. Thus, according to Nauert, Russia has not informed US about the postponement of the meeting.

The diplomat said that the negotiations on the renewal of permits are underway with the Russian government directly to the American carriers. The US administration only provides assistance to the private sector. According to her, usually such negotiations are conducted between the two countries at the level of the relevant Deputy assistant Secretary of state. But this time Washington has connected thereto Ambassador in Moscow John Huntsman, and assistant Secretary of state for economy and entrepreneurship to Manish Singh.

News Agency Bloomberg reported that American airlines have asked the state Department to help seek an extension of the permit on acceptable terms.

The reason for the emergency meeting was allegedly the decision of the Ministry of transport of the Russian Federation to postpone the negotiations on the extension of permits to airlines of the United States. In the Agency’s opinion, Moscow can use the question of the renewal of licenses to carriers in response to sanctions imposed by the US against Russia, and against the backdrop of heightened tension in bilateral relations over Syria.