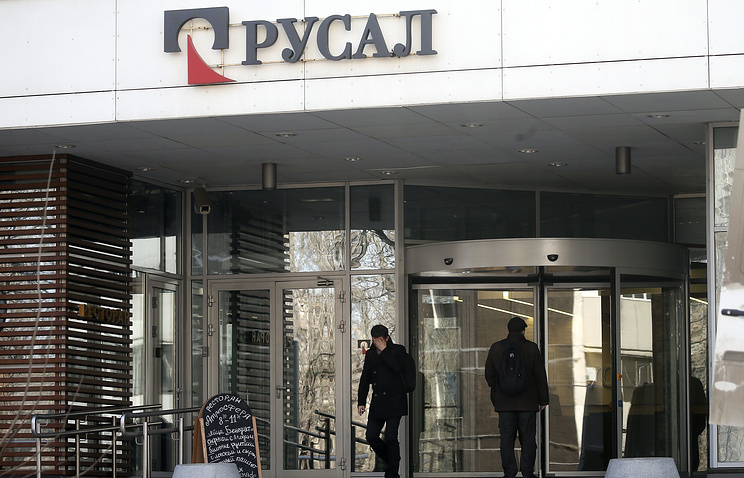 MOSCOW, April 19. /TASS/. Shares of “RUSAL” in the course of trading on the Hong Kong stock exchange increased by 26.8% compared to the previous close of trading, up 1.8 Hong Kong dollar per share.

This is evidenced by the exchange at 11:00 GMT.

Stock prices recover after the drop that began on 6 April, when the United States imposed sanctions against “RUSAL”.

Since that time, the securities of the company fell by more than three times, reaching a low on 16 April.

The quotations of the company has accelerated growth on the back of the publication Bloomberg that representatives of RUSAL discussed with Chinese companies and traders the ability to purchase alumina and aluminium sales to China. About the Agency the sources said.

The U.S. Treasury introduced the basic owner “Rusala” Oleg Deripaska and eight of his companies in a special sanctions list on 6 April. Got him and a number of other Russian businessmen and companies. From the explanations to the document indicated that the U.S. government ordered the U.S. until 7 may 2018 to get rid of by sale or assignment of the right of non-us individuals and legal entities, shares and other assets of En+ group, “GAZ Group” and the combined company “RUSAL”. In addition, until June 5, the Americans must revoke all contracts with all 12 companies included in the list.

Later it became known that a number of traders, including Glencore declared force majeure on some contracts for the supply of Russian aluminum.

The London metal exchange from 17 April imposed temporary restrictions on trade in aluminium “RUSAL” because of U.S. sanctions. Prior to that marketplace terminated the listing of primary aluminium produced by the enterprises “Rusala”.