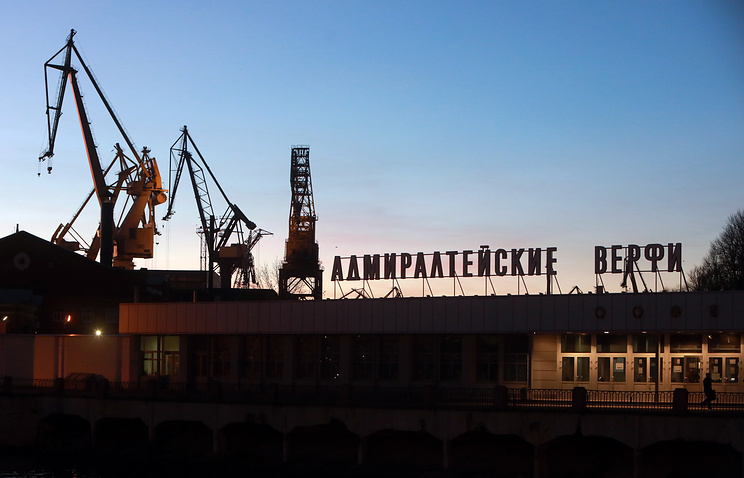 “JSC “Admiralty shipyards” signed a contract with the Federal service for Hydrometeorology and environmental monitoring (Roshydromet) for the design and construction of ice-resistant platform, self-propelled “North pole” project 00903″, – stated in the message.

Platform “North pole” will have autonomy of about two years and a service life of at least 25 years. On the platform will be to conduct geological, acoustic, geophysical, and Oceanographic research. Thus the LSP will be able to move on the ice without the assistance of an icebreaker and to carry on Board a heavy helicopter Mi-8.

“The platform’s mission is to reach the desired area, then it verzet in the ice, she has no problem breaking the ice of great thickness, its task is to Versace and to withstand all the loads that will be when you compress ice, with the drift. The housing platform is somewhat unconventional, it is more like an egg shape when the ice is being compressed, the platform will simply rise, and the impact of ice will be minimal. She is on the free water and where ice cover is of small thickness will go, set speed 10 knots”, – told reporters the General Director of “Admiralty shipyards” Alexander Buzakov.

The continuation of the story

The appearance of the platform will allow the Russian polar explorers to resume the practice of annual drifting expeditions, interrupted by the influence of climate change at the end of 2000-ies. Then it became almost impossible to find a block of ice of the desired thickness for the landing.

“[Drifting] of the expedition “North pole” in recent years, are not held to carry out a good expedition you need to camp was the year, was drifting. In 2009 we held a major last year. In 2015, we did a trial version, we’ve been in the job four months,” – said the head of Roshydromet Maxim Yakovenko.

At the same time, probably after introduction of the LSP will continue the numbering of the expeditions “North pole”, going on since 30 years.

Care about the crew

Quality of life scientists at the station will change dramatically compared to the period of drifting stations, landed on the ice floe. The platform will be equipped with the conditions for work, life and recreation of all its inhabitants.

“The ship can accommodate a crew, and the whole expedition is in comfortable cabins that have and microclimate, there is a shower room, WC. Of course, the platform will be provided with normal galley. On the ship there is a pool and sauna, and a gym – all the necessary conditions to support not only scientific work but also their own health. In the condition of the drift on the ice, none of these conditions is not met,” – said Buzakov.

The potential for international cooperation

The platform is already generating interest among scientists from different countries and could potentially be the platform for international cooperation.

“The challenge to leave our first role in Arctic exploration. We their plans some years ago, when voiced to the world community about the creation of the platform was of great interest. I’m not saying that scientists are already trying to buy the tickets, but the interest for cooperation is huge,” said Yakovenko.

Under the terms of the contract, the LSP must be delivered to the customer in 2020.

“Admiralty shipyards” – one of the largest shipbuilding enterprises of St. Petersburg, specializing in non-nuclear shipbuilding. Running the construction of submarines and icebreakers.