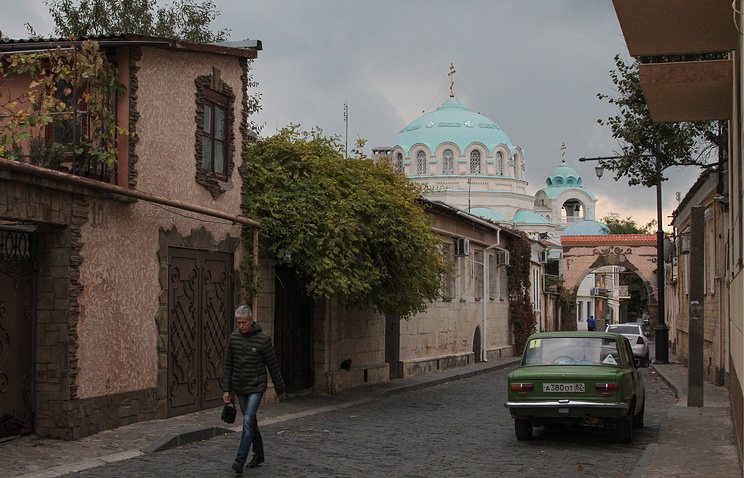 YALTA, April 19./TASS/. Crimea could become one of the pilot regions of the program “Smart city”. This was stated by Deputy Minister of construction and housing of Russia Andrey Chibis, speaking at the Yalta international economic forum.

“I think that the Republic of Crimea have to obtain your pilot “Smart city”. There is such a small scale in the town of Evpatoria, where there come a lot of kids happy to rest there. You can try the project to make Yevpatoria dense “smart city,” said Chibis, speaking in the sections “Infrastructure comfort: a new stage of development”.

“It’s a children’s resort, and the decision of the President of Russia there is a project for the development of Yalta as the all-Russia children’s health resort”, – said the head of the Republic of Crimea Sergey Aksenov, commenting on the proposal of the Deputy Minister. Aksenov noticed that after the decision of priority for the region problems arising after returning to Russia four years ago, it is time to focus on improving the quality of life of each person.

“The first time we solved problems, security-related, energy . The task today is to create a comfortable living environment of each person”, – said Aksenov. He added that last year almost all the cities of the Crimea had implemented programmes of improvement, the funding amounted to more than 400 million rubles.

“Working to program [improvement] enhance. The Republican budget will allocate money an important Spa town, but do not forget about every town and village want to live well. Is the Northern Crimea, which from the point of view of logistics a little subsided,” – said the head of the Crimea.

Assistance of a foreign specialist

It is expected that the working group on the development of the project will include a representative of the Austrian Institute of technology.

“The representative of Austria will join the group,” said Chibis. A proposal of the Deputy head of the Ministry made the project coordinator of the sustainable construction and cities in South-East Europe, Austrian Institute of technology (AIT) Alexander Petricca in the course section of the forum “the Infrastructure of comfort: a new stage of development”.

Petritz, in turn, noted that this proposal is a step to cooperation. “I’ll be glad to cooperate with you, my partners in Vienna know that I am here, in the Crimea, and wait for the report. What you have to offer will be the first steps towards cooperation,” he said.

The foreign expert added that the Institute is preparing a major project of redevelopment of cities in Eastern Europe. A similar project is now being implemented in Belgrade, in the framework ennobled the Danube promenade. “In the Eastern European countries have similar problems, we are currently implementing the project “Belgrade on Water”, the city center transfer to the waterfront. We can concentrate on this task, and can also develop a program “Smart city”, – he explained.

About the project “Smart city”

The project of the Ministry of construction of “Smart city” included in the state programme “Digital economy”, in the framework of the project the Ministry intends to systematize the existing it solutions for the formation of a comfortable urban environment and to develop mechanisms for their implementation throughout the country. The principles of creating a “smart city” include the management of traffic and pedestrian flow, “smart utilities”, the quality management of urban resources, a safe and comfortable environment and economy of the service. The pilot regions of the project will be the Republic of Tatarstan, the Udmurt Republic, Leningrad oblast, Sverdlovsk and Samara oblast, in turn, informed the head of Ministry of construction of Russia Mikhail Men.

Fourth international Yalta economic forum held in the Crimea from 19 to 21 April 2018. According to organizers, in it will take part about 3 thousand persons from 60 countries.

The main theme of the Fourth AMEF – “the Future of the world. The Future Of Russia”. TASS acts as the strategic partner and the official host photo Agency forum.