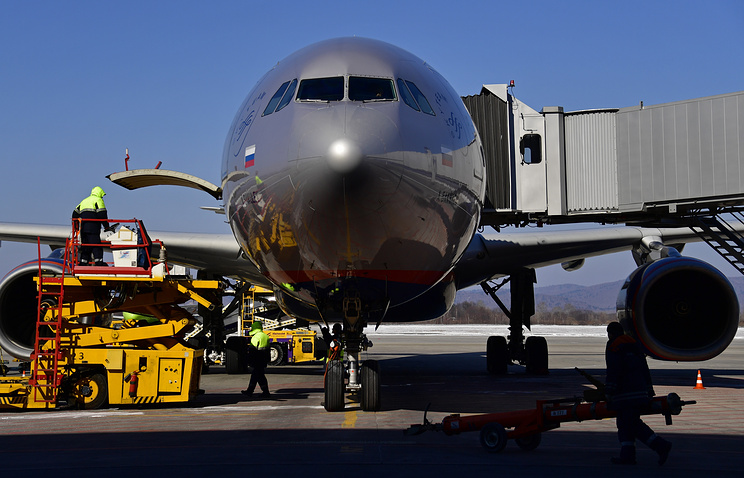 MOSCOW, April 20 /TASS/. Available to the crews of “Aeroflot” American visa enough to fly in the United States for several months, told TASS in a press-service “Aeroflot”. It also noted that flight attendants and pilots of “Aeroflot” having a U.S. visa, you may have to work overtime because of the situation with visas.

“There is a big problem – crews ceased to issue visas, so we applied to the Ministry of foreign Affairs and the Ministry of transport. At the moment, according to our estimates, the available visas are enough to keep flying for several months. It is possible that the pilots and flight attendants with visa, will work in the mode of processing”, – said the press service of “Aeroflot”.

Earlier, the Russian foreign Ministry said that Russia and the United States may be left without air service because of difficulties with obtaining us visas crews of “Aeroflot”. Press Secretary of the President Dmitry Peskov also said that, according to the Kremlin, the US has deliberately created difficulties in obtaining visas to Russian pilots, the objective reasons for such development of the situation there. All the cuts of the American diplomatic corps in Russia in no way concerned the consular section, he added.

For the first time that the crew of “Aeroflot” may have problems with the extension or visa in USA, it became known in early April. Then the U.S. Embassy in Moscow has denied the information on refusal to issue U.S. visas to employees “Aeroflot”. Possible problems with obtaining us visas there are tied up with the high demand and reduce the number of staff of the diplomatic mission.