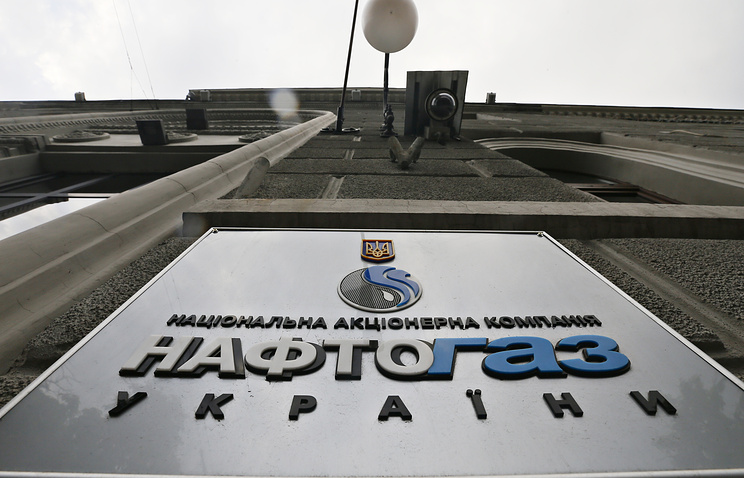 MOSCOW, April 20. /TASS/. “Gazprom” has directed to Arbitration court of Stockholm the documents for the termination of contracts for the supply and transit of gas to “Naftogaz of Ukraine”, as the negotiations failed, said the Russian gas holding.

As reported to journalists by the Chairman of the Board “Gazprom” Alexey Miller, the company is ready to conduct negotiations with “naftogazom Ukraine” on transit after the end of the current contract, but Ukraine must justify the economic feasibility.

“Gazprom” is ready to conduct negotiations with NAK “Naftogaz of Ukraine” on gas transit after 2019. However, Ukraine must justify the economic feasibility of transit through its territory”, – he said.

At the end of March “Gazprom” and “Naftogaz of Ukraine” started negotiations on the termination of contracts for the supply and transit of gas, initiated by the Russian holding company.

Previously, Miller reported that “Gazprom” can save the transit of gas through Ukraine in the amount of 10-15 billion cubic meters per year, if the Ukrainian side will prove the economic feasibility of the new contract.

Between “Gazprom” and “Naftogaz” has two contract on gas supplies to Ukraine and its transit through the territory of the Republic in Europe. Both were signed in 2009 and are valid until the end of 2019.

However, since 2012, “Naftogaz” has ceased completely to choose the contracted amount, and from November 2015 in Kiev at all did not buy Russian gas, replacing it with a reverse gas from Europe. Gazprom, in turn, pumped through Ukraine agreed volume of gas.

In 2014, companies began court proceedings in both contracts.

In February 2018, a Stockholm court ruled on the transit contract, leaving the former obligations of “Gazprom” (110 billion cubic meters per year). The Russian company also needs to pay Naftogaz $2, 56 billion for the shortfall of volumes of transit.

In March, Gazprom returned to Naftogaz prepayment for March delivery and was notified by Ukrainian company to start the process of termination of contracts. The process can take 1.5-2 years.

As stated by the head of “Gazprom” Alexey Miller, the court, guided by double standards, adopted asymmetric solutions, which greatly upset the balance of interests of the parties under the agreements.