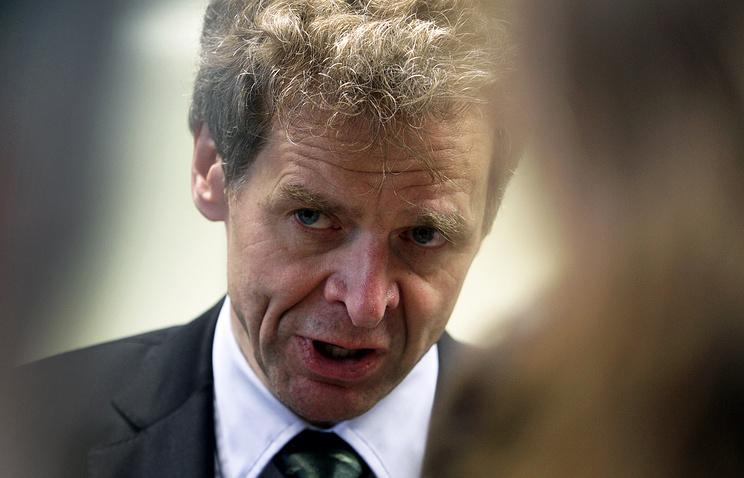 WASHINGTON, April 20. /TASS/. The international monetary Fund believes the delay of Kiev in the process of economic reform in the country “missed opportunities” and “waste of time”. On Friday at a press conference in Washington said the Director of the European Department of the credit institution, Poul Thomsen.

Speaking at the headquarters of the IMF, he stressed that “does not feel concern for economic stability [of Ukraine] in the short term due to the absence of reforms”. “But this is a missed opportunity, said Thomsen. Very sad when someone wastes time in this regard”.

With the delay in the reform process, he also linked the delay in the sending to Ukraine of the mission of the Foundation for the compilation of the next economic survey. “Extremely long delay in the completion of the review related to our concern about the pace of reforms,” – said Thomsen. Nevertheless, he praised Kiev for its current monetary policy and supported a flexible exchange rate.

“Ukraine, obviously, faces enormous structural problems in the sustainable and dynamic growth in the medium term”, – said the expert. In his opinion, these challenges are a number of problems that Kiev is discussing with the IMF, including creating an anti-corruption court.

The price of gas

The Director of the Department also raised the issue about the need to depoliticize the pricing mechanism for gas from Kiev. “In fact, we need a firm commitment [of Ukraine] to return to the de-politicization of energy prices in the framework of the completion of [another program] review”, – noted he.

While Thomsen stressed that Kiev under the conditions of the program have already made significant progress in a very difficult macroeconomic situation. He listed a number taken by Ukraine of measures, including “de-politicization of decision-making about energy prices”. “In light of this, we are concerned that energy prices have once again become a political issue. And we find it very important that Ukraine now back to the issue of de-politicization of decisions about prices,” said the economist, calling to use the previously proposed pricing formula.

According to him, this step will become “one of the most important elements of” the conditions of the IMF.

In March 2015, the IMF approved a four-year loan program for Ukraine in the amount of 17.5 billion dollars. It replaced the old program in 2014 – two years and the remaining shortfall. Under the new program, Ukraine received only intermittently four loan tranches totaling around of 8.38 billion, the last $ 1 billion was transferred on 5 April 2017.

IMF, concluding in early April 2017 the third programme review, confirmed that before the end of the year, Kiev can get tranches of approximately $ 4.4 billion, but only if you strictly comply with the terms of the program. In July 2017, the Prime Minister of Ukraine Vladimir Groisman has recognized that the Fund was forced to postpone to a later date another loan of 1.9 billion dollars. The reason lies in the fact that Parliament has not yet adopted the necessary legislative acts. Later it became known that the tranche could be allocated no earlier than mid-spring 2018.