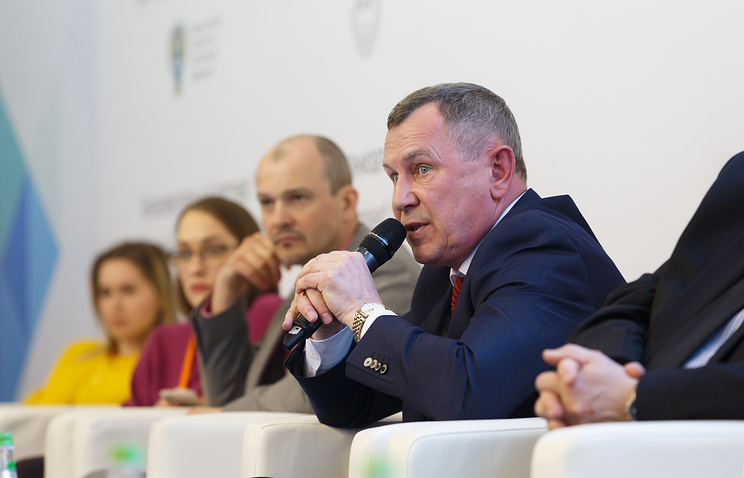 MOSCOW, April 23. /TASS/. The limit of liability insurance carriers operating in the segment of road transport, should be increased to 5 million rubles. This opinion was expressed on Monday in an interview with TASS Alexander Lashkevich – member of the interdepartmental expert Council under the Ministry of transport of the Russian Federation, Director for cooperation with industry organizations one of the largest logistics operators in the country – the company “Business lines”.

According to him, currently developed by the relevant Committee of the state Duma the draft law on the organization of cargo transportation by motor transport it is proposed to establish such a limit in the amount of 1 million rubles. “This figure should increase to 5 million, as cargo in standard 20-ton truck is worth more than the offered maximum amount,” said Lashkevich.

In addition, he said, another point of the document suggests to solve the current industry problem and to establish a register of carriers. In this case, for violations of market participants there will be deleted. “However, the number of violations in the document, not tied to company size and volume of the fleet, which creates problems for the major carriers large risks, which means that the imbalance in rights and obligations,” said Lashkevich.

He believes that in the initiative it is necessary to adjust the regulation on hiring of foreign citizens. “Right now, it involves getting a work permit, however, the right for temporary stay or a residence permit is more than enough to avoid a shortage of personnel”, – says the expert.

Meanwhile, the company is the operator confident that the bill will protect the end user and increase safety on the road. “However, we are confident the necessary adjustments and hope to be heard by the developers of the document”,- concluded Lashkevich.