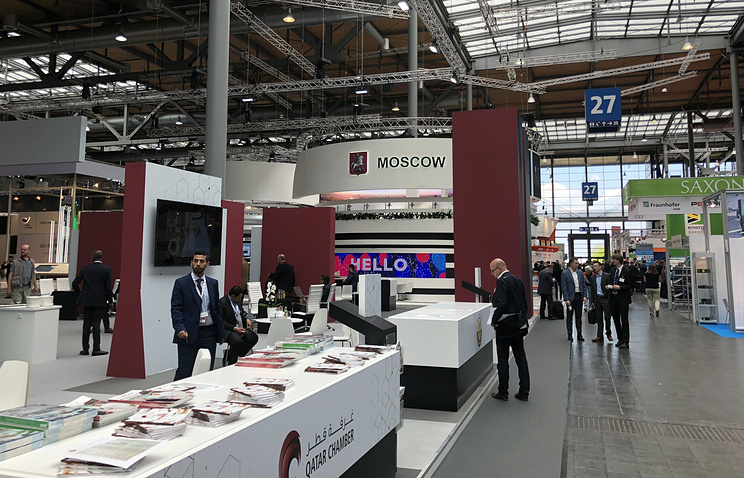 HANOVER, April 23. /TASS/. Central stand dedicated to the investment potential of Moscow, opened on Monday in the first day of the Hanover industrial exhibition, reports Corr. TASS. All in different halls of the show are five of the stands that tell about Russian capital. The whole of the Russian Federation participate in the fair 60 exhibitors.

As stated by Andreas Gruchow – member of the Board of the company – organizer Deutsche Messe AG – only from Moscow to Hanover this year was attended by about 30 companies. “This is the largest number since 2013, when Russia was a partner country of the exhibition, he said. – I am glad that the representatives of the Russian Federation at the Hannover Messe increases”.

On show also was presented to the export directory of companies from the Russian Federation. It covers 500 companies, and a list of 3 thousand products which they offer for export.

“The Hannover Messe has always been an important platform for our country where we can share advanced technology and to conclude contracts, – said the trade representative of the Russian Federation in Germany Yuriy Stetsenko. – The company can perform all sorts of work in different industries.”

At the end of the ceremony at the stand signed three agreements. One for the supply of Russian band saw machines in Germany, two more – on scientific-technical cooperation between Moscow universities and German companies.