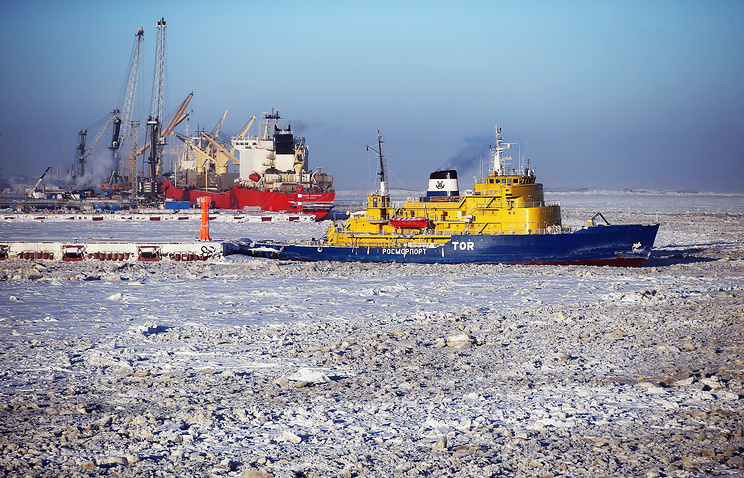 MOSCOW, April 23. /TASS/. A visiting session of the Council of the Duma on the implementation of major investment projects in Russia on the example of Yamal LNG will be held on Monday in the village of Sabetta in the Yamalo-Nenets Autonomous Okrug (YANAO). This was reported by the press service of the lower house of Parliament.

The meeting will be attended by the speaker of the state Duma Vyacheslav Volodin, the leaders of the Duma factions, the chairmen of the relevant committees and the leadership of the Yamal-Nenets Autonomous district and representatives of the company “NOVATEK”.

“The Duma Council will discuss the issue of implementation of large investment projects on the example of Yamal LNG, – said the press service.

As expected, the MPs will become familiar with the operation of a plant for liquefied natural gas, power plant, supports the production of “Yamal LNG”, and visit the seaport.

“Yamal LNG” (50,1% NOVATEK, 20% by French Total and Chinese CNPC, and 9.9% of the Chinese silk road Fund) – the first plant of NOVATEK on liquefied natural gas. The project is implemented on the basis of the South Tambeyskoye field (Yamal Peninsula) and involves the launch of three technological lines for LNG production capacity of each of which will be about 5.5 million tons per year. Start the first line took place in December 2017, the second and third as expected in the company will start work in 2018 and 2019.