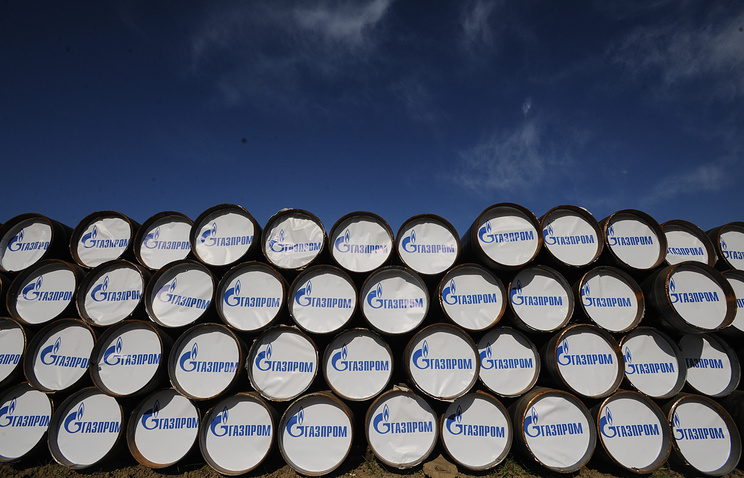 MOSCOW, April 24. /TASS/. Gazprom expects that Sweden will issue a permit for the construction of “Nord stream – 2” to the end of April. About it on air of TV channel “Russia 24” said the Deputy Chairman of the Board of gas holding Alexander Medvedev.

“They (the documents required for the permit – approx. TASS) submitted to the relevant authorities that must review and issue permits. Two sides of this path have already passed Germany and Finland have issued all necessary permits to start construction, and now is the turn for Sweden and Denmark. We expect that Sweden will be given a permit until the end of April, and Denmark, through its Minister of foreign Affairs will give a recommendation to the concerned Ministry of energy for giving permission,” he said.

“No reason for a negative decision on the permit should not be”, – said Medvedev.

The project “Northern stream – 2” involves the construction of two pipelines with a total capacity of 55 billion cubic meters of gas per year from the coast of Russia through the Baltic sea to Germany. It will bypass transit States – Ukraine, Belarus, Poland and other Eastern European and Baltic countries and will pass through the exclusive economic zone and territorial waters of five countries – Russia, Finland, Sweden, Denmark and Germany.

The total project cost is estimated at €9.5 billion, the Commissioning of the “Nord stream – 2” is scheduled for the end of 2019. The sole shareholder of Nord Stream AG 2 is “Gazprom”. The European partners “Gazprom” under the project are Uniper and German Wintershall, Austrian OMV, French Engie and Anglo-Dutch Shell.

“Gazprom” does not exclude that Europe may require new pipelines to supply gas from Russia. “If Europe declares its needs and will be ready to sign the necessary contracts, I do not exclude that will require new transportation projects: “Nord stream – 3″, for example”, he said and added: “Can the situation be this way.”

“We always said that we will supply Europe’s gas as much as Europe will be necessary. We have the proven reserves, we have transportation, we are building new transportation routes,” – said Deputy head of the Board of the company.

He expressed confidence that gas supplies to Europe and China will allow “Gazprom” to exceed the volume of exports 200 billion cubic meters in 2020. “I’m sure we exports to 200 billion will definitely surpass, exceed it in 2020, when the 2019 year will begin deliveries to China”, – concluded Medvedev.

In 2017, imports of Russian gas, in particular, has increased the country’s North-Western and Central Europe – the target region for the project “Nord stream – 2”, which Gazprom is implementing with the support of the leading energy companies in Europe. Record the volume of gas left in Germany – 53.4 billion cubic m (growth on 7,1%), historical maximum was in Austria, where purchase grew by 40%, to 8.5 billion cubic meters, and the Netherlands and 4.6 billion cubic meters (growth by 9.7%). Another record “Gazprom” has put in Denmark: the growth of 1.9% to a high of 2016 to 1.75 billion cubic meters.