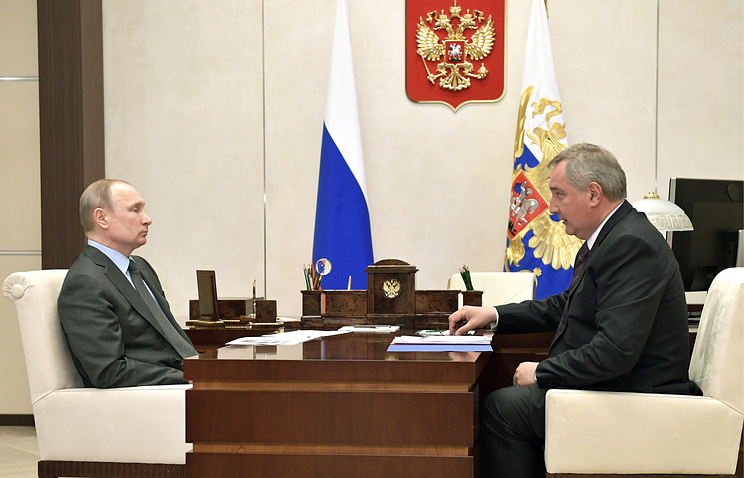 MOSCOW, April 24. /TASS/. Russia will stop the government funding of joint stock company “GLONASS”, the company will move to self-sufficiency in 2018. The Vice-Premier Dmitry Rogozin reported to Russian President Vladimir Putin during a working meeting.

“JSC “GLONASS”, which is the Federal operator of the system, is an organization with 100% of th state, he said. I would also like to inform you that this year we have discontinued public funding because the organization moved on to self-sufficiency.”

According to Vice-Premier, “it’s very important,” and “underscores the success of the policy of commercialization of opportunities that the Russian orbital system”. Putin, in turn, praised the figures obtained. “Yes, this is a very serious result, with positive, so you need to move forward,” he said.

The equipment ports of the Crimea

The GLONASS system in 2018 will be equipped with all the sea ports of the Crimea, Rogozin added.

“In Crimea this year we are completing a full equipment of this system in all sea ports. Remember, you criticized us, saying that there is a lag in the GPS. Now he’s gone and the lag will be gone,” he said.

Deputy Prime Minister added that priority actions in this direction have been taken through the Northern sea route: navigation equipment GLONASS is equipped with 8 791 the ship, including more than 2 thousand ships. “It’s wholly-owned equipment of all ships that operate in our waters. 670 aircraft, however, of these, 113 were foreign,” – said Rogozin.

In General, talking about the process of introducing GLONASS in the civil economy, Rogozin reported to the President that the volume of the market of satellite navigation equipment of the Russian Federation in 2015 was 2.4 billion rubles, in 2017 – already 15 billion roubles. “This market is growing quite dramatically. System of differential correction at the moment equipped in Russia 107 airfields, 182, 43 sea port of 67 and 33 stations on inland waterways,” he added.

The Deputy Minister also said that the space group GLONASS is currently working at full strength of 24 space vehicles, including 23 – the old generation GLONASS-M, and unit – GLONASS-K new generation. In addition, another spacecraft is in orbital reserve. “On earth we have six units, that is, if necessary, we immediately raised this group and supplemented with the necessary amount,” – said Rogozin.

He also recalled that in 2019 it is planned to introduce the updated generation satellites GLONASS-K2″, a high-precision spacecraft with advanced math.” All of these devices, according to him, life is seven years, but he can do more. That is why, said Rogozin, the ground group was more significant, “because while there is no need to change”.