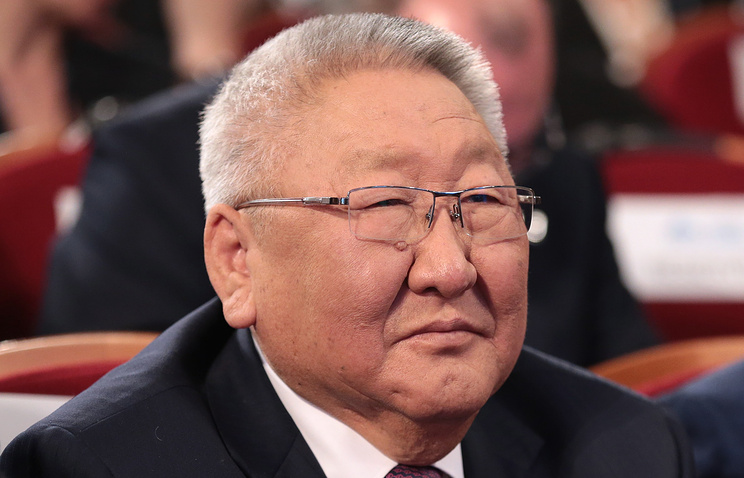 YAKUTSK, April 24. /TASS/. The head of Yakutia Egor Borisov made a proposal to the Ministry of Finance of the Russian Federation on the gradual implementation of the model budget for the far Eastern Federal district (DFO), said Tuesday the press service of the head region.

Prime Minister Dmitry Medvedev in the framework of the Russian investment forum in Sochi suggested to gradually transfer regions on the so-called budget model that uses the estimated levels of revenues, based on their tax potential and expenditure on all items, calculated on the average values of the Federation. Such a mechanism would be for the regions with additional motivation and prostimulirujte the accumulation of resources to commit “economic breakthrough”, said the Prime Minister.

On the eve of a meeting of the Minister of Finance of the RF Anton Siluanov with the head of Yakutia Yegor Borisov, the Deputy of the state Duma from region Galina Danchikova and Minister of Finance of the region Valery Gundorova. “As a result of such innovations [as a model budget] many regions with its own characteristics, can be seriously affected received less significant amounts of funds. To the far Eastern and Northern regions, including Yakutia, this applies in the first place”, – the press service quoted Borisov.

He added that Yakutia introduced the “justifications as to why the undesirability of a sharp reduction in Federal financial support for such a unique region.” Borisov, in particular, proposed to innovate “gradually, with great caution”. “We offer several options, the meaning of which is the need to respect the principle of gradual transition to a model budget. Waiting for a more detailed discussion of our initiatives,” he said.

The Finance Minister of Yakutia Valery Gundorov told reporters that “the leadership of the Ministry of Finance has called the proposals of the Republic on the model budget high-quality and well-researched”.