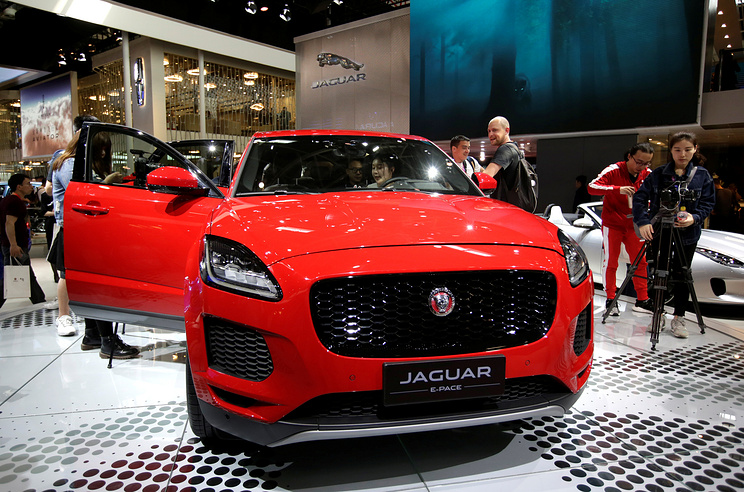 BEIJING, April 25. /TASS/. The novelties of the industry from around the world presented at the open on Wednesday in the Chinese capital’s 15th motor show Auto China in 2018. According to the organizers, the 105 cars put on display to the public for the first time.

This year the auto show was attended by more than 1,200 companies from 14 countries and regions of the world. They include such global brands as McLaren, Aston Martin, Bentley, Lamborghini, Toyota, Volkswagen, BMW, Rolls-Royce, Audi, Subaru, Mercedes-Benz, Mazda, Honda, Suzuki, Nissan and other well-known manufacturers. The total exhibition area was about 220 thousand square meters. The exhibition could see more than a thousand passenger, freight and other cars.

The emphasis on electric cars

One of the main trends of this season are electric cars. Just introduced a 64 concept car 174 car models on new sources of energy. How could to make sure journalists, China pays special attention to the development of this sector of the industry – most of them, namely 124 models of electric cars and hybrids, accounted for Chinese manufacturers.

Among them was a novelty from the Chinese manufacturer of luxury cars Hongqi. The company was founded in 1958 to develop cars specifically for the country’s top leadership. This year she put on public display the concept of the electric vehicle E-Jing GT and sedan Hongqi H5. Selling the last of them was launched on the opening day – the cost model will vary from 149 to 190 thousand yuan ($23 thousand to $30 thousand).

BMW has shown its new electric SUV Concept iX3, the output of which is scheduled to hit the market in 2020. Among other novelties of the German manufacturer – the updated sedan M2 Competition with a 3-liter turbocharged 6-cylindrowym engine of 410 HP, which allows it to accelerate to 100 km/h in just 4.2 seconds. As TASS said representatives of the company, it needs to compete with Audi TT and Porsche Cayman 718.

Also on the show was a few Asian Premier BMW a sports coupe X2 and X4, luxury car Concept X7 iPerformance. Among the long-awaited novelties of the concept of electric cars BMW i Vision Dynamics. As reported by the developers, for dispersal to “hundred” it needs only 4 seconds, while a single battery charge should be enough for 600 km.

Mercedes-Benz held a premiere A-Class L Saloon is the sedan version of the luxury class is designed specifically for the Chinese market. It will be produced in a joint venture with Chinese automaker BAIC Motor. Sales start is scheduled for the second half of this year.

The car industry in Japan introduced the electric car Honda Everus EV. Its characteristics were not disclosed, but the company said that it will hit the market before the end of this year.

Toyota showed China’s new Corolla plug-in hybrid: build this model in China will start in 2019, in a joint venture with FAW (“Automobile plant N1”). Another premiere of this brand became a hybrid Toyota Levin.

Little stood out among other concept cars Volvo S90 Ambience. The distinguishing feature of this triple a car without front passenger seat was the projector that sends the image to the glass ceiling. Complete with audio and climate systems, it will allow to create in the cabin a special “environment” which, as I’m sure the manufacturer will allow passengers to relax and unwind.

Audi has presented the extended version of the SUV Q5 L. the Crossover is equipped with 2-liter engine from 190 to 252 HP Among other innovations, the third generation Volkswagen Touareg, as well as a new version of the Executive class sedan Lexus ES.

Jaguar showed a crossover E-Pace SUV, assembled in China in a joint venture with a Chinese manufacturer Cherry. It will be available in two versions with 2-liter engine capacity of 200 and 250 HP.

The atmosphere of the day

Like last time, the dealership has been banned for almost a required attribute for these events is the posing of the models. However, many automakers are back on the already established pattern: a long legged girl worked on the stands as technical specialists. How could make sure the Chinese and foreign reporters, compared with last year many of the girls were able to demonstrate a much more serious knowledge about cars and quite smartly answered questions.

Help them also provided various types of robots. Car greeted the visitors of the stands, gave a brief summary of the presented cars and showed a promotional video. Most “smart” of them could take a selfie with his buddies and send them a photo to memory or to print it on a mug or other souvenir. Not done an auto show without other products from the sphere of high technologies: the exhibition guests will be able with the help of virtual reality glasses “inside” to see all the work cycles of the internal combustion engine, sit in the cabin of an unmanned vehicle or by using a computer simulator to try yourself as a rally driver or a racing car pilot “Formulas-1”.

The first four days of the exhibition will be open for journalists and industry representatives. For the General public it will open its doors on April 27 and will run until 4 may.