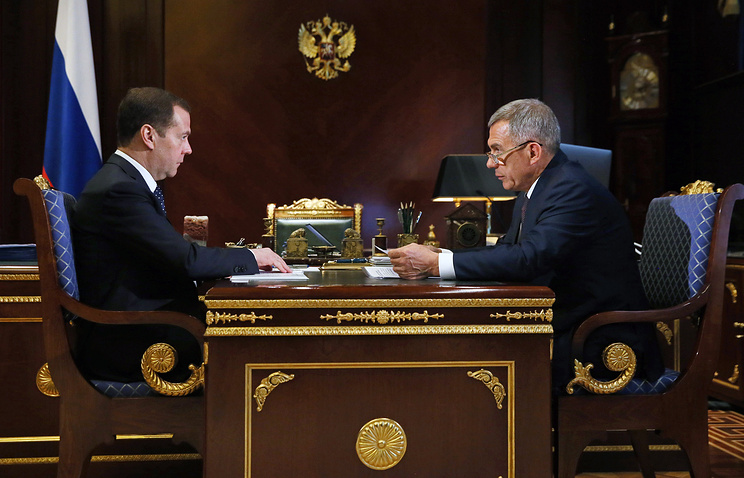 KAZAN, April 25. /TASS/. President of Tatarstan Rustam Minnikhanov at the meeting with the Prime Minister of Russia Dmitry Medvedev spoke about the development of economy of the Republic and the growth of the Gross regional product. On Wednesday reported the press service of the head of the Republic.

“Rustam Minnikhanov briefly informed the Prime Minister about the socio-economic situation in the region by year-end 2017, about the current situation in the Republic of Tatarstan. He, in particular, reported increases in Gross regional product (GRP), on the basis of 2017 in the Republic of Tatarstan, on other economic indicators”, – stated in the message.

Gross regional product, according to official figures, in 2017 amounted to 2,115 trillion rubles, with growth of 2.8%. The main positive contribution to the economic development of the Republic included industry, agriculture and trade.