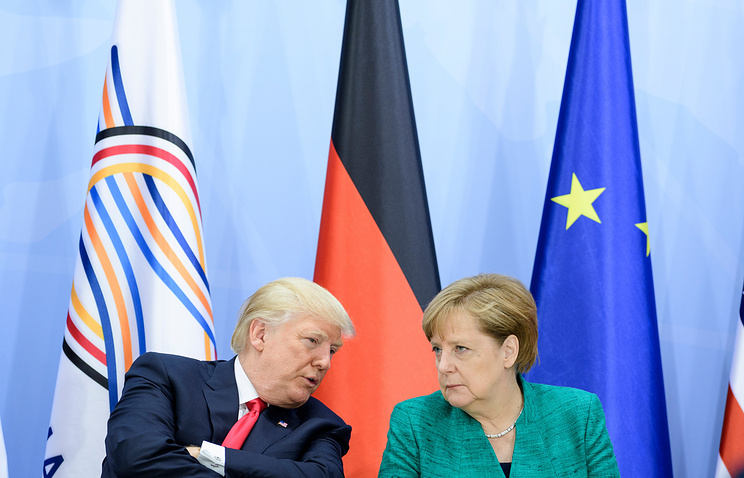 BERLIN, April 26. /TASS/. German Chancellor Angela Merkel will discuss on Friday at the meeting with the President of the United States Donald trump the theme of the project “Northern stream – 2”. About it has informed journalists a source in the Cabinet of Germany.

“One of the topics will be “Nord stream – 2″. It is often raised the American President,” said the government.

The German government does not believe that implementation of the project energy dependence on Russia will increase, said the source TASS.

The German Cabinet did not believe that with the implementation of the project, the energy dependence of the country from Russia will increase. “We do not believe that it will happen,” – noted in the Cabinet. In Berlin believe that in Europe there are enough alternatives for Russian gas, including liquefied natural gas from the USA, deliveries from Norway.

The issue of sanctions

The German authorities would welcome exception for German companies in the implementation of the latest US sanctions against Russia, said a source.

“These sanctions could affect our company. There is a possibility to get exceptions for them, we would have welcomed it,” – said in the Cabinet.

It is expected that this topic will be discussed at the meeting of German Chancellor and the US President in Washington.

In the Russian-German foreign trade chamber (AHK) on Friday expressed hope that “the Chancellor will seek exceptions or exemptions for German firms, which may affect the recently adopted U.S. sanctions against Russian companies and individuals”. In the short term AHK assesses the damage from the sanctions on Germany amounting to €377 million, in the medium – to billions of euros.