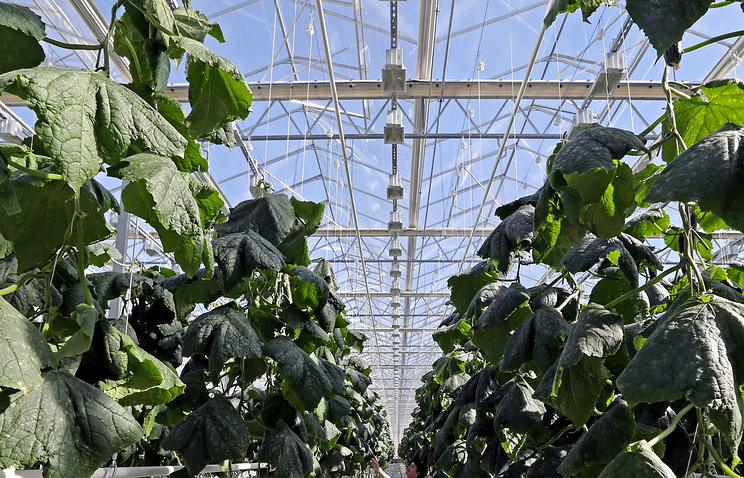 MAKHACHKALA, April 26. /TASS/. The total area of greenhouses in Dagestan at the end of last year increased by 40 ha and was almost 220 hectares On Thursday said the first Deputy Minister of agriculture and food of the Republic of Adilkhan Hanukaev on the expanded Board of the Ministry.

“In the Republic in recent years, gaining momentum in the development of vegetable growing of the closed soil, which is represented as a large greenhouse complexes, small greenhouses. By the end of 2017, the area of greenhouses in the country amounted to 219,4 ha in 2017 built 39,4 ha,” said Hanukaev.

According to him, the collection of vegetables from protected ground in the region last year amounted to 20.2 thousand tons. “This is 6 thousand tons more than in 2016,” – said the first Deputy head of the regional Ministry of agriculture.

As reported TASS the press service of the Ministry of agriculture and food of Dagestan, in recent years in the Republic there were whole settlements, which are mainly engaged in vegetable growing in greenhouses, in particular, village. and. Karabudakhkent district and Kirovaul kizilyurtovsky district.