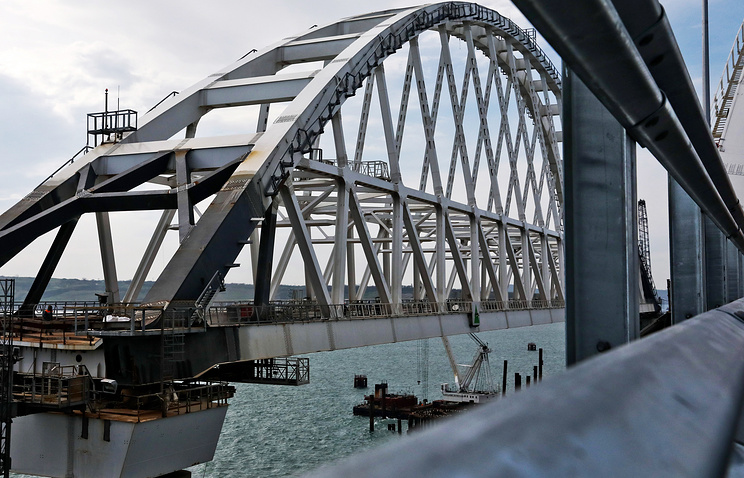 KERCH /Crimea/, April 26. /TASS/. Car traffic on the Crimean bridge, which will connect the Peninsula with the mainland Russia, will open in the second half of may.

This was announced on Thursday by Deputy General Director for infrastructure projects of the company “stroygazmontazh” [the General contractor] Leonid Regency.

“As promised, the traffic on the Crimean bridge will be open before the summer season. Orientirueshsya for the second half of may,” he said.

Earlier Thursday it was reported that the builders completed laying of asphalt pavement on road part of the transport passage, now the bridge going test work.