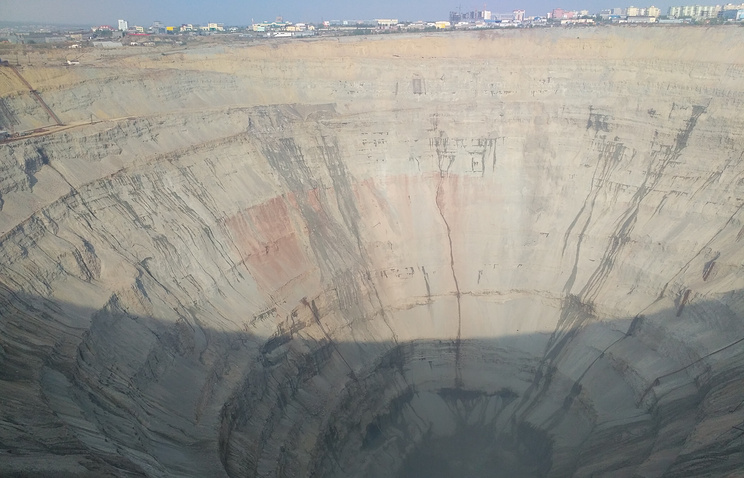 MOSCOW, April 27. /TASS/. ALROSA by the end of 2018, may identify a technological solution for the recovery of the mine “Mir”, production at which was suspended because of the accident in August 2017. By August of this year the company will receive from foreign engineering companies, digital simulation of these solutions, announced at a press conference, chief engineer of ALROSA Andrey Cherepanov.

“By August, the engineering firm will present hydrogeological model. I think that by the end of this year option, which will be developed by the regulations, will be determined,” he said.

According to the Director of the design Institute of ALROSA Yakutniproalmaz Andrew Selberga, the company plans to obtain models from three independent engineering companies from Germany and South Africa. In this hydrogeological modelling experts will assess the options for restoration of the mine, which now ALROSA considers as most appropriate.

Production at the mine after his recovery

Production at the mine “Peace” ALROSA after recovery can continue for at least 30 years given the reserves of ore in 30-42 million tons, said Cherepkov.

“If we mine we will restore with the same performance, and there is a high probability that it will, calculate the productivity of the plant – 1 million a year. If all stocks are subject to testing, it is at least 30 years”, – said Cherepanov. According to him, the reserves in the mine are estimated at 30-42 million tons of ore.

Cherepnov reiterated that the company is considering two solutions to restore production. The first involves the rehabilitation of the existing trunks, and the blind opening of the Deposit with a mark of -615 m to the level of -1 250 m. the Second method involves opening a new mine field the entire depth. To give an economic evaluation of these approaches is difficult, he said. Priority is not price, and to ensure the complete safety of production in the future, said Cherepkov.