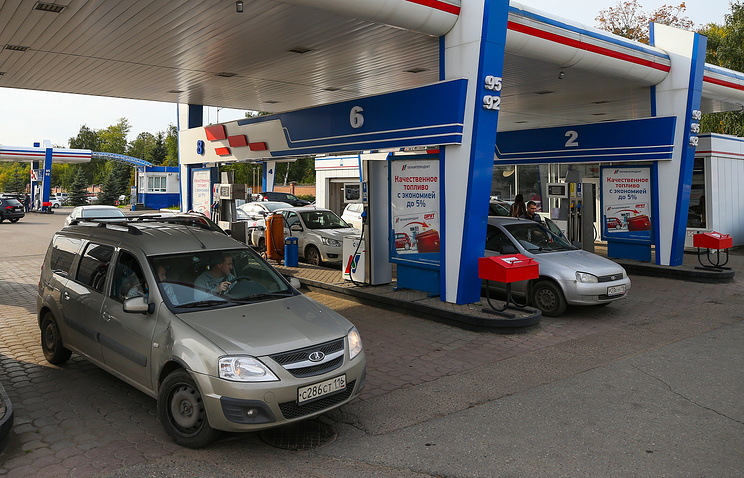 MOSCOW, April 27. /TASS/. “Independent fuel Union”, representing the number of independent participants of the fuel market, suggested Dmitry Medvedev to return to petrol stations selling alcohol. This will help to curb the rise in gasoline prices and help low-margin gas stations, said in a letter to the Chairman of the Russian government, its authenticity confirmed to TASS the President of the Union Pavel Bazhenov.

“Yes, we offer. Due to the fact that prices (of petrol because of the low margin gas station – approx. TASS) a completely impossible situation. We are now in search of any adequate measures,” he said.

According to him, a letter was sent to Medvedev on 25 April 2018. Similar documents were sent to relevant ministries, the State Duma and the business Ombudsman Boris Titov.

Pavel Bazhenov noticed that allowing the sale of alcoholic products will allow to keep the prices of gasoline. The income of gas stations, according to him, will increase by about 5%, and the profit from the sale of related products by 30%.

“Of course, the rising prices of gasoline will be, but this decision will allow him to keep” – he said.

Bazhenov also added that we are talking about the permit sale, including, and spirits. “Why gas stations can’t sell vodka? Here the question of standards. There is a shop at the gas station, a full-fledged supermarket, which by all standards is suitable and can obtain a license. Why not? Why is it worse than the other supermarket?” he said.

The President of the Union also stated that the prohibition of sale of alcoholic beverages at gas stations, introduced in 2011, has not led to a decrease in the number of accidents by drivers in a state of intoxication.

“Independent fuel Union” unites independent gas station owners. It includes 38 companies, which owns over 400 petrol stations. According to Bazhenov, the Union communicates and represents the interests of more than 6000 filling stations not included in the Winky.