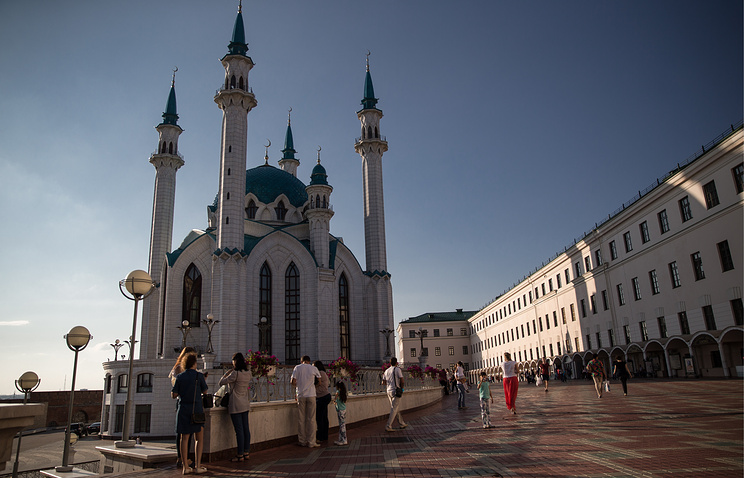 TASS, April 27. The authorities of the Republic of Tatarstan expect that the number of tourists to the Republic may grow 2-3 times after the launch of high-speed railway “Moscow – Kazan” (VSM). This was during a round table “the Implementation of projects of spatial development of the Russian Federation – transport vector (VSM)” was announced on Friday by the acting Minister of transport and road economy of the Republic Ayrat Usmanov.

“I think that a high-speed line will allow us 2-3 times to increase the number of tourists, we all count, maybe five times,” he said.

In 2017, Tatarstan was visited by about 3.1 million tourists, an increase of 7% more than in 2016. Administration of the Vladimir region expects a serious influx of tourists after the start of the highway.

“According to the Federal tourism Agency, in 2016 the number of tourists amounted to 4 million people last year, has 4.6 million people per year. Largely this is facilitated by those high-speed trains that run between Moscow and Nizhny Novgorod by Vladimir. We hope to increase the tourist flow is not less than 10 million tourists a year”, – said the first Vice-Governor of Vladimir region Alexey Konyshev.

In 2015 during the working trip to Vladimir region the first Deputy Prime Minister Igor Shuvalov also told reporters that the potential of the region allows to increase the number of tourists to 10 million people a year.

As previously reported, the length of the VSM in the territory of the Vladimir region will be 251 km in the region of the train will make four stops. Travel time from Moscow to Vladimir will be about 55 minutes, whereas now the fastest train is 1 hour 40 minutes. The length of HSR “Moscow-Kazan” will be about 770 km, the train speed will reach 400 km/h on the highway will be organized stops every 50-70 km. journey Time from Moscow to Kazan on HSR will be 3.5 hours against the current 14 hours.