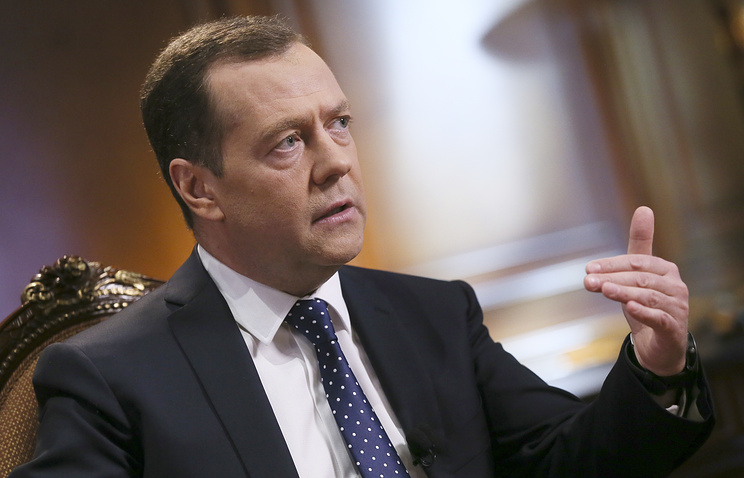 During an interview in the program “Vesti on Saturday” on TV channel “Russia 1” Sergey Brilev reminded that Obama, speaking about the situation in Russia in 2014, used data from 15 years ago. “When a possible meeting with the former American leader you could point him to this error,” – he turned to the Prime Minister.

“Yes, it was, – agreed Medvedev. But he to us especially goes. He even promised us that our economy will be in shreds. Let them come, look at these shreds.”