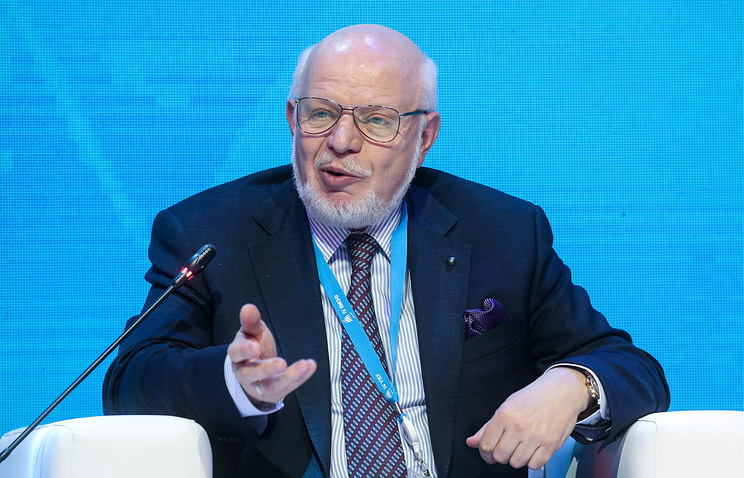 MOSCOW, April 28. /TASS/. The President of the Council under RF President on development of civil society and human rights (HRC) Mikhail Fedotov opposes the ban on the import of medicines from the United States, the rate of which is contained in the bill about the counter-sanctions of Russia.

“I am convinced that neither medicines nor supplies to medical equipment should not be targeted for trade sanctions” – quoted Fedotov on the website of the HRC on Saturday.

The human rights activist noted that he understood that in September 2016 in the Syrian city of Latakia during a visit to the hospital tishrin along with a member of the HRC Elizabeth Glinka, known as Doctor Liza (died in a plane crash in December 2016). “We saw the new equipment that was idle due to lack of supplies, I saw fine doctors, who had nothing to treat sick and injured children,” he explained.

Fedotov said that he had then shared their impressions with the President of Russia Vladimir Putin. Then, handing 8 December 2016 Glinka state prize for outstanding achievements in human rights activities, the head of state supported this position, said the Chairman of the HRC. He recalled that Putin expressed confidence that under the restrictions should never get any medicines or medical equipment. “I think the President’s words are fully applicable in the case when we are talking about sanctions and counter-sanctions in Russian-American relations,” concluded Fedotov.

Earlier, the Commissioner for human rights in the Russian Federation Tatiana Moskalkova urged not to include in the sanctions lists of goods and services medicines and medical technology.