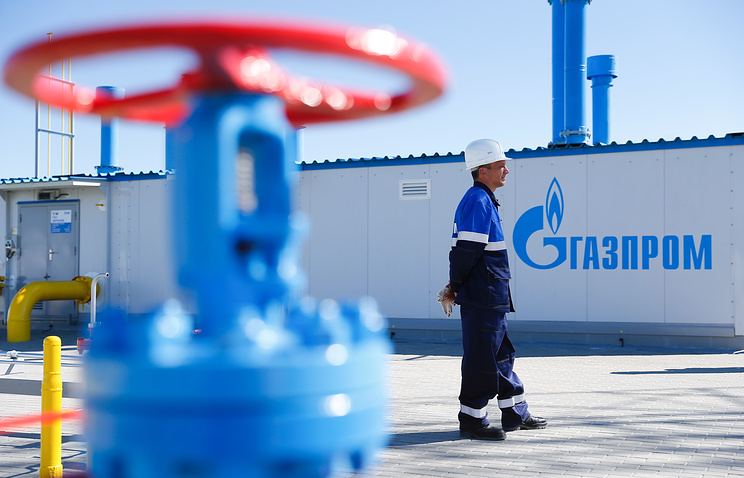 MOSCOW, April 30. /TASS/. Deepwater laying of the offshore section of the first pipeline “Turkish stream” was completed on Monday at the black sea coast of Turkey. This is stated in the message “Gazprom”.

The construction of the deep-sea lead ship Pioneering Spirit. The average speed was 4.3 km / day, with a maximum performance of 5.6 km per day was achieved twice in February.

“The project “Turkish stream” is continuing successfully. Passed an important stage, built the first gas pipeline string. The pace of construction is high,” – said the Chairman of the Board of PJSC “Gazprom” Alexey Miller. According to him, since the beginning of the lay of the campaign may 7, 2017 total for the two threads was built 1161 km offshore pipeline. This is 62% of its total length.

Miller expressed confidence that the project “will play a big role in strengthening the energy security of Turkey and Europe.”

The project “Turkish stream” is implemented in accordance with the schedule on the coasts of Russia and Turkey in the Black sea at the same time. With the completion of sections of the coast abutting the works on the first stretch will be completed. According to the work plan, Pioneering Spirit in the third quarter will continue deep-sea laying of the second pipeline.

The offshore section of Turkish stream protyazhennosti 930 km runs under the Black sea to the Turkish coast. Will be built further inland transit line till the border of the Republic with neighboring countries, its length is 180 km.

The first line will be designed for the Turkish market, the second – gas supply for South-Eastern and southern Europe. The capacity of each will reach 15.75 billion cubic meters of gas per year. First gas supplies are scheduled for late 2019.

Turkey is the second largest export market of the Russian holding. Currently, Russian gas supplies to the Republic are carried out on the corridor and the TRANS-Balkan pipeline “the Blue stream”. In 2017, Gazprom exported to the Turkish market a record volume of 29 billion cubic meters, which is 17.3% more than in the previous year.