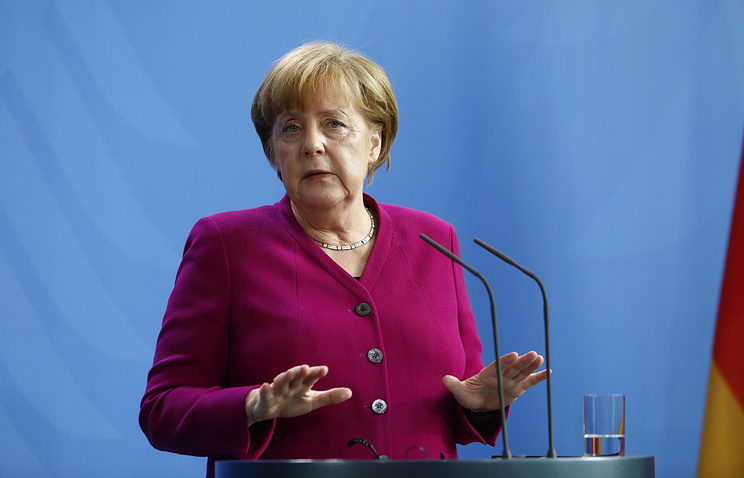 BERLIN, may 2. /TASS/. Germany and Slovakia believe that the EU should consider long-term structures that would provide for the preservation of Ukraine as a transit country for gas supply system of the European Union. This was stated on Wednesday in Berlin German Chancellor Angela Merkel at a joint press conference with Prime Minister of Slovakia Peter Pellegrini.

“We discussed including the “Nord stream – 2″ and the strategic role of Ukraine as a transit country”, – she said, Recalling that Slovakia has reverse gas supplies to Ukraine.

“We were unanimous in the opinion that we need here in a reasonable long-term structures that would provide for the preservation of Ukraine as a transit country in the system of gas supplies to Europe,” she said. Merkel reiterated support for the efforts of the Deputy head of the European Commission for the energy Union maroš Šefčovič on the problem of gas transit through Ukraine.

The project “Northern stream – 2” involves the construction of two pipelines with a total capacity of 55 billion cubic meters of gas per year from the coast of Russia through the Baltic sea to Germany. It will bypass transit States – Ukraine, Belarus, Poland and other Eastern European and Baltic countries exclusive economic zones and territorial waters of five countries – Russia, Finland, Sweden, Denmark and Germany.

The total project cost is estimated at 9.5 billion euros. The commissioning of the “Nord stream – 2” is scheduled for the end of 2019. The sole shareholder of Nord Stream AG 2 is “Gazprom”. The European partners “Gazprom” under the project are Uniper and German Wintershall, Austrian OMV, French Engie and Anglo-Dutch Shell.