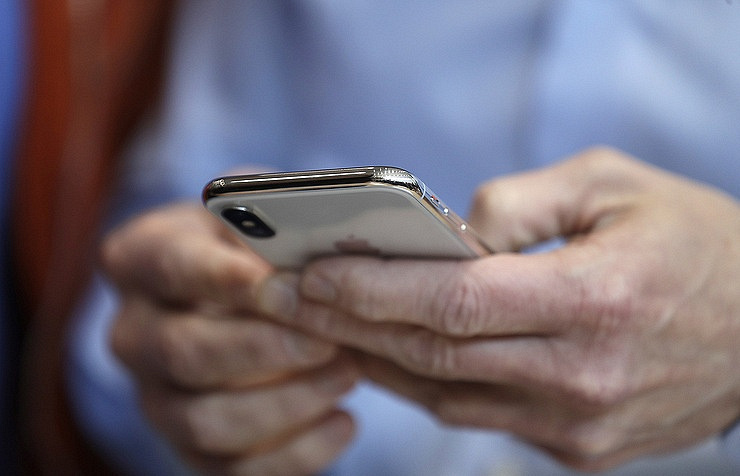 NEW YORK, may 2. /TASS/. Apple exceeded the expectations of specialists, having recorded revenue in the amount of $61,14 billion, but sales of its iPhone smartphones was lower than expected. This is evidenced by published on Tuesday the statements for the second quarter of 2018 fiscal year.

According to these documents, during the three months that ended March 31 this year, had sold approximately 52,28 million smartphones iPhone. Total revenue was $61,14 billion, and net profit – $13,82 billion.

All three indicators showed an increase compared with the data for the second quarter of 2017 financial year. In this period Apple managed to sell iPhone 50.76 million, total revenue was $52.9 billion and a profit of $11.03 billion

The volume of iPhone sales came in slightly below forecasts. So, the research firm StreetAccount believed that will be implemented around 52,54 million of these devices. Revenue for the quarter, in contrast, exceeded expectations. Experts polled by Reuters, believed that this figure will be $60,82 billion.

Apple also announced that it plans to allocate an additional $100 billion to repurchase its shares. Revenue from service amounted for the quarter to $9.2 billion compared to the second quarter of 2017 financial year, the growth rate was 31%.

Apple CEO Tim cook has repeatedly said that it expects to increase revenues from various services, including music Apple Music. In recent years, approximately two-thirds of the company’s revenues accounted for the implementation of the iPhone. At the end of the last reporting period, sales of these devices brought Apple $38,02 billion Apple Representatives have repeatedly stated about the need to reduce the company’s dependence on these products.