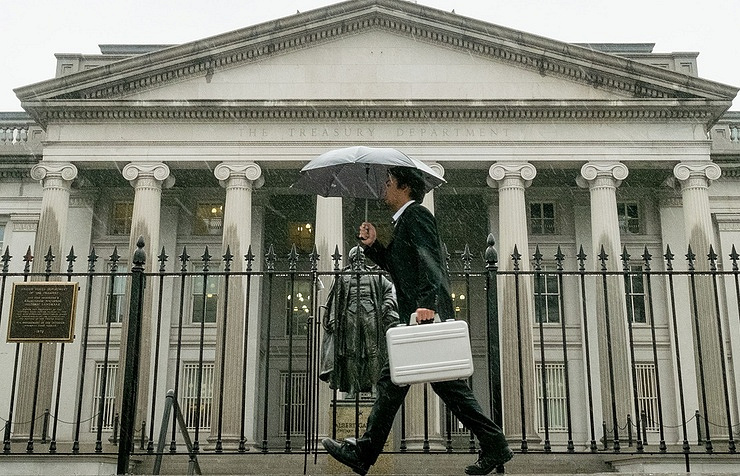 WASHINGTON, may 2. /TASS/. The U.S. Treasury Department has extended by one month the period during which the U.S. investors need to get rid of stock and bonds of the Russian companies En+, RUSAL and “GAZ Group” came under U.S. sanctions.

In an updated paper of the office for foreign assets control of the U.S. Treasury Department noted that American investors need to get rid of the assets of the three companies until June 6, while in accordance with the “General license No. 13” they had to do it before 7 may. Other modifications relating to three Russian companies, in the document no.

On the introduction of sanctions against several Russian officials, businessmen and companies, the US government announced on 6 April.

Among them was Oleg Deripaska, the list of companies was listed associated with the agricultural holding “Kuban”, “the EuroSibEnergo”, “RUSAL”, the holding “Russian machines” and “GAZ Group”, the investment company B-Finance, holdings Basic element and En+.

The sanctions mean that the company’s assets frozen in the United States. In accordance with the original Directive of the Ministry, American investors had to get rid of stock and bonds of En+, “Gas” and “RUSAL” to 7 may, and 5 June to break contracts with all companies mentioned in the list.

USA on April 23 announced that it is ready to remove sanctions from the company “RUSAL” if Deripaska will reject the part of the company’s assets and control over her, and also informed on the extension of the completion date of the transactions with this company until October 23.