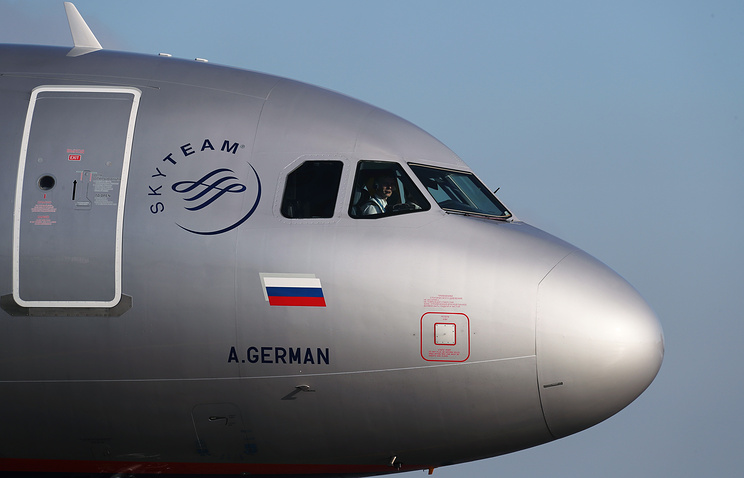 MOSCOW, may 3. /TASS/. The airline “Aeroflot” carried out a pilot flight to Saratov from the new terminal In Sheremetyevo. This is stated in the message of Ministry of transport of the Russian Federation.

“The airline “Aeroflot” completed the first test flight from terminal on the route “Moscow – Saratov”, – stated in the message of Ministry of transport of the Russian Federation.

“First flight of Aeroflot from the new terminal B of Sheremetyevo airport, flew to Saratov on schedule, aboard there were 77 passengers,” – said TASS in the press service of the company “Aeroflot”.

Earlier it was reported that Aeroflot may 3, will begin a phased transfer of flights to the new terminal In Sheremetyevo airport. The first phase is planned to be completed by June 1, 2018, the company will shift 46 capital flight.

Only until June 1 in the new terminal will be transferred to the 23 flight, they are all internal. This flight, including in Saratov, Voronezh, Stavropol, Belgorod, Perm, Syktyvkar, etc.

For transit passengers will operate terminal-to-terminal transition between the Northern (terminal) and South (D,E,F) air-terminal complexes. To transition every four minutes, will run trains.

“The new passenger terminal is designed to service domestic flights, its capacity is 20 million passengers per year, the total area — 110 500 sq. m. With the commissioning of the terminal achieved a throughput of Sheremetyevo established by the strategy for transport securing the football world Cup 2018”, – stated in the message of Ministry of transport of the Russian Federation.

By 2026, given the development of the North and South terminal facilities, annual capacity of the airport will reach 85 million passengers.