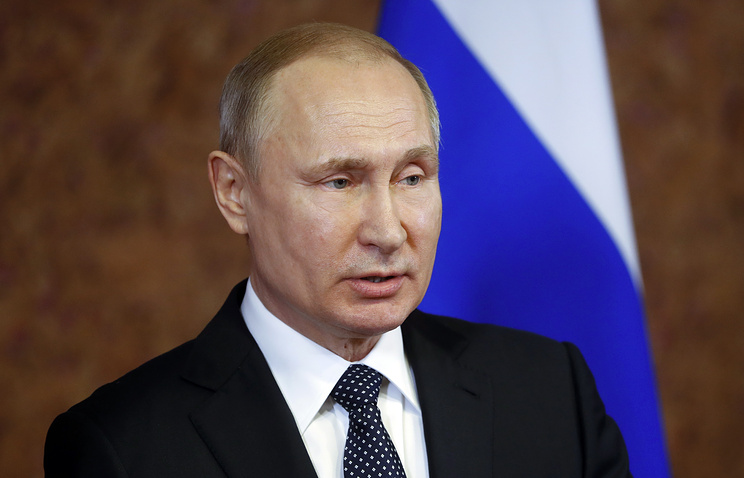 MOSCOW, may 3. /TASS/. Russian President Vladimir Putin signed a decree to increase the share capital of RusHydro by dopemissii in 2018-2020 and instructed to provide the state share in the company for at least of 60.56% after placing of additional issue of shares.

The corresponding decree published on the official Internet portal of legal information.

An additional issue is offered to pay by amending the capital of the company is 13 billion rubles of budget allocations. RusHydro, in turn, will make contribution to the Charter capital of AO Chukotenergo, which will be used for the construction of two single-circuit overhead lines 110 kV “Pevek – Bilibino”.

At the end of 2017, RusHydro has estimated the total amount of the upcoming additional issue, which can be done in stages, at 13-14 billion.

The company plans to use the raised funds to create a network infrastructure in Chukotka, where Rosatom outlined the phased withdrawal of the power units of Bilibino NPP and commissioning of floating nuclear power station “Academician Lomonosov”. Generating company “RusHydro” pre-estimates investment in the construction of transmission lines Pevek-Bilibino in Chukotka at 18.4 billion rubles.

Group “RusHydro” – one of the largest Russian energy holdings, comprising more than 90 renewable energy facilities in Russia and abroad, of thermal power plant and power grid assets in the far East, as well as the energy supply company research and design institutes. Installed capacity of power plants included in RusHydro, including the Boguchanskaya HPP is 39 GW. The largest shareholders of RusHydro are the Russian Federation (60.6 per cent) and VTB Bank (13.3 percent).