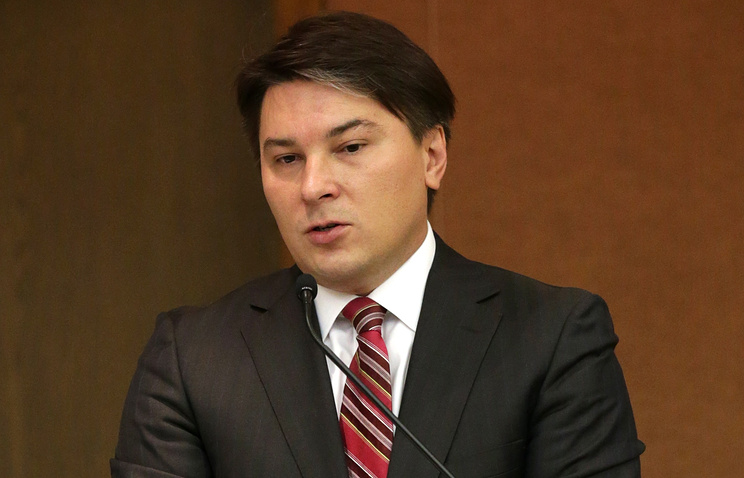 MOSCOW, may 3. /TASS/. The Finance Ministry proposes to introduce a separate tax for self-employed people in a professional income. The tax rate may be reduced to 3% for self-employed providing services to individuals and 6% if the services are rendered to legal entities. About it journalists were reported by the Deputy Minister of Finance Ilya Trunin.

“We will be offering a new special tax [self-employed] – tax professional income. This is the income that a person receives without attracting additional workers – said Trunin. We propose that the tax rate was 3% if the services is to individuals, and 6% if legal”.

Such a tax regime will be introduced for self-employed people with an annual revenue of to 10 million rubles. In pilot mode, the transition to tax by the proposed scheme could begin in 2019 in several Russian regions. To pay taxes self-employed will be able through the mobile app. According to the Deputy head of the Ministry of Finance, the document with the proposals in General terms is ready and will be published on the portal of legal information in may.

According to the Ministry of Finance, the number of self-employed in Russia reaches several hundred thousand.

To motivate the Finance Ministry plans to develop a system of bonuses to customers of self-employed citizens demanded receipts for services received. According Trunina in an existing application validation checks the user can start a “business card” and to bring their accounts in electronic form. Active users receiving checks from the self-employed may have benefits, for example, when paying income tax for individuals.

The main purpose of a special mechanism of taxation of self-employed the Ministry of Finance considers increasing the transparency of the system. The revenues from this tax across the Federal budget would be negligible, said the Deputy Minister.

A large part of the income tax the Ministry of Finance proposes to send to the insurance funds, including Fund of obligatory medical insurance.

To determine the extent of self-employment

According to the President of the chamber of Commerce (CCI) of the Russian Federation Sergey Katyrin, before collecting taxes, the Finance Ministry should decide whom to assign the status of the self-employed.

Currently the Tax code does not stipulate the concept of “selfemployed”, although the Ministry of justice published a draft law on the criteria for determining self-employed, in may 2017.

“The first thing to do is to define in concept, who are self-employed, give them a legal determination, including the right to create legislation. If we talk about individuals, I think, for starters would have to understand – these are 3% (tax rate, if we are talking about the provision of services to natural persons – approx. TASS) – what to include, and whether some form of reporting or not. I would, of course, did not start with 3% and 1%, in order to understand whether there is this system”, – said Katyrin.

He recalled that one of the issues which seriously raise all self-employed, it’s reporting. However, it is not yet clear, “there would be some reporting, or transfer of interest and will limit all interaction with the state,” said the head of the chamber of Commerce.

The same issues regarding rate of tax on the professional income of self-employed of 3% is set and the Executive Director of the public organization on support of small and average business “Support of Russia” Andrey Shubin. “The question of the activity of exit of the citizens from the shadows also will largely depend on the terms to be offered. The key issue is insurance premiums. If they are not separately paid, and this was discussed and will be included in the 3%, then it would be advantageous to register in the mobile app,” said Shubin.

He also noted the importance of the pilot phase of the new tax regime, which will allow to identify possible difficulties before the national launch of such a mechanism.

“It’s also important that you receive a status of self-employed people, which does not require a separate registration as an individual entrepreneur, which further facilitates to the citizens the whole process of interaction with the government, including the administration,” – said Shubin.

To determine the professional income

According to the business Ombudsman Boris Titov, to assess the Finance Ministry’s proposal is premature.

“Now you can’t understand what “professional income” and how it differs from the Amateur. It is also unclear how you plan to control it technically, for tax calculation. And, of course, a very generous offer about the income threshold of 10 million rubles per year, especially in the regions. Probably, we are talking about self-employed konsalterov world level, not otherwise. In short, the system is not yet clear,” – said Titov.

However, he is confident that the tax percentage doesn’t draw from the shadow of “garage firms” who themselves earn a living – they will only help the patent system of taxation.

“Only cheap patent, only automatic registration and withdrawal from it – that is really acceptable for self-employed fee to the state”, – said business Ombudsman.

In 2016, Russian President Vladimir Putin instructed to determine the legal status of self-employed people and to create for them a comfortable tax regime.

While developing a new mechanism, the Ministry of Finance released the self-employed from the tax to incomes of physical persons for 2017-2018. Of the taxes exempted three categories of self-employed Russians: housekeepers, aides, and Tutors. These categories were allowed to work without registration of a legal entity or obtaining the status of an individual entrepreneur.

In its new proposal the Finance Ministry has not focused on measuring the status of self-employed, and the mechanism of payment of taxes.

At the beginning of this year, the Ministry of Finance has also proposed to extend tax holidays for certain categories of self-employed up to 31 December 2019. A bill in early April, was submitted to the Duma.