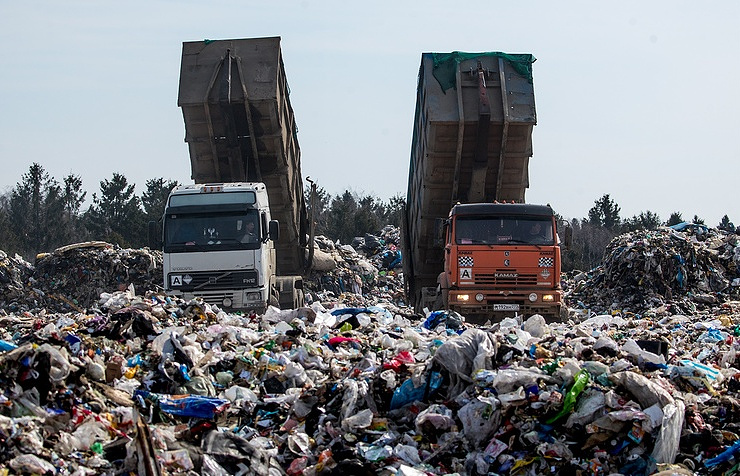 MOSCOW, may 3. /TASS/. The Ministry of industry and trade of the Russian Federation proposed to build 10-12 of waste sorting facilities in Moscow and seven such facilities in the suburbs concessions with the governments of the regions to solve the problem with municipal waste in the Metropolitan area. In the future these systems may become full ekotermoprom and allow to process up to 40-50% of garbage, told TASS in the press service of the Ministry.

According to Department, in Moscow annually produces up to 8.5 million tons of municipal garbage in the suburbs – up to 4 million tons, thus only in the Metropolitan area must recycle about 12.5 million tonnes of household waste per year.

“The Ministry is involved in discussions of solving the problem of municipal solid waste management in the Moscow region. We propose the creation of a system that includes 10-12 of a waste sorting complex (MSK) in Moscow with a total capacity to 6 million tons of MSW (municipal solid waste, or MSW ) per year and seven GMT on the territory of Moscow region with a total capacity of 3.5 million tons of MSW per year, and 3-4 sites for “tails” (non recyclable waste). The implementation of these projects possible in the format of concession agreements concluded with the government of Moscow and government Moscow region”, – said the press service of the Ministry of industry and trade of the Russian Federation.

The Ministry noted that this scheme takes into account the previously announced construction of four incinerators with a total capacity of recycling up to 2.8 million tonnes of waste per year.

The Ministry of industry and trade of the Russian Federation believe that to implement these projects will succeed without the involvement of budget funds through the issuance of bonds. “Return of investment due to the tariff [for waste disposal], set by the concessionaire subject of the Russian Federation, and implementation of secondary material resources”, – added in Department.

The complexes are proposed at 90% equip Russian components to reduce the cost of the project. “Russian equipment is successfully established for screening units in the Chuvash Republic, Saratov and Murmansk regions, in which it is proposed its application on the objects of waste management in Moscow and Moscow region”, – explained the press service.

According to the Ministry, such MSCS can increase the proportion sent for recycling from 15% to 40-50% through the use of cullet for foam glass production and paper – for production of green fibre. Of the remaining factions in the Ministry of industry and trade proposed to do the insulation materials and energy.

“Time of creation of objects – up to 3 years, subject to the allocation of land plots provided with necessary engineering infrastructure, up to 1.5-2 years”, – said the press service of the Ministry.

The problem of waste disposal in the suburbs

Almost the entire volume generated in the Metropolitan area of household waste transported to landfills in the suburbs. According to the regional Ministry of environment and natural resources, now there are 15 such facilities, they are able legally to take 2.7 million tons of waste per year. Thus, in the Metropolitan area has a shortage of space for burial of solid waste in the environment it is recognized, but the absolute size of the refuse to call.

According to the plans of the regional Ministry in the area will build ten waste treatment facilities with sorting (this concept is also referred to as ekotekhnopark), four incinerators, and many marshalling yards. Along with the introduction for the residents of the separate collection of waste in 2019 the scheme will reduce the share of landfilled at landfills from 97% in 2018 to 44% in 2030.