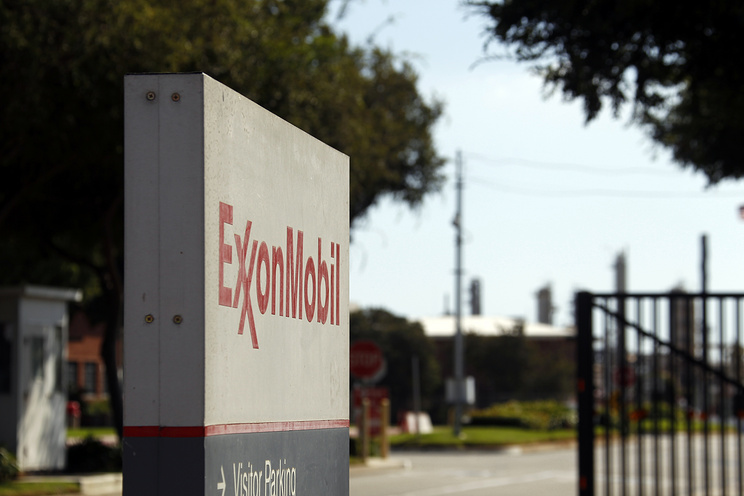 NEW YORK, may 3. /TASS/. The American Corporation ExxonMobil is expanding its joint with Rosneft project to produce liquefied natural gas (LNG) with capacity of $15 billion in the far East, despite the forced exit of other projects of this Russian company due to U.S. sanctions, Reuters reported, citing its own sources.

According to them, two months ago, ExxonMobil sent a proposal to a number of companies, including China national petroleum Corporation “Huaxin”, to participate in the tender for the right to perform construction contracts under the above mentioned project. Applications for participation in the competition should register before Oct. Construction of objects (or object) relates to the liquefaction of the gas produced in the framework of the project “Sakhalin-1”, said the source Agency.

“The consortium “Sakhalin-1″ continues to explore all possibilities for monetizing the resources of this project”, – quotes Agency the words of the official representative of Exxon Mobil Julie king. “The LNG plant presents an opportunity to maximize the benefits to the consortium for the Russian state and citizens”, she added.

Oil and gas project “Sakhalin-1” is being implemented on Sakhalin island under the terms of the agreement on production section. District development includes the Chayvo, Odoptu-sea and Arkutun-Dagi. Shareholders of the project are “daughter” ExxonMobil, “Exxon Neftegaz”, Rosneft, ONGC and SODECO. Project operator “Exxon Neftegaz”. Earlier, the head of “Rosneft” Igor Sechin said that the company plans to increase oil supplies to China and already is in talks with its Chinese partners.

The factor of sanctions

On 1 March it became known that ExxonMobil due to sanctions on Russia 2018 plans to begin the process of exiting joint projects with Rosneft in the sphere of exploration of oil. In turn, the Russian company said it will independently develop projects in Russia, of which ExxonMobil is out, but will support the return of the American company when such a legislative opportunity.

Rosneft and ExxonMobil planned to cooperate in the exploration and potential production on the shelf of the Black sea, in the Arctic and in Western Siberia. While working with ExxonMobil on projects that do not fall under the current restrictions, and future projects will continue. Rosneft also said that to minimize the damage to shareholders of companies legally formalize the exit of ExxonMobil from the Russian projects in connection with the sanctions. After completing the paperwork, “Rosneft” promised to inform shareholders about the details of the agreements in accordance with corporate standards.