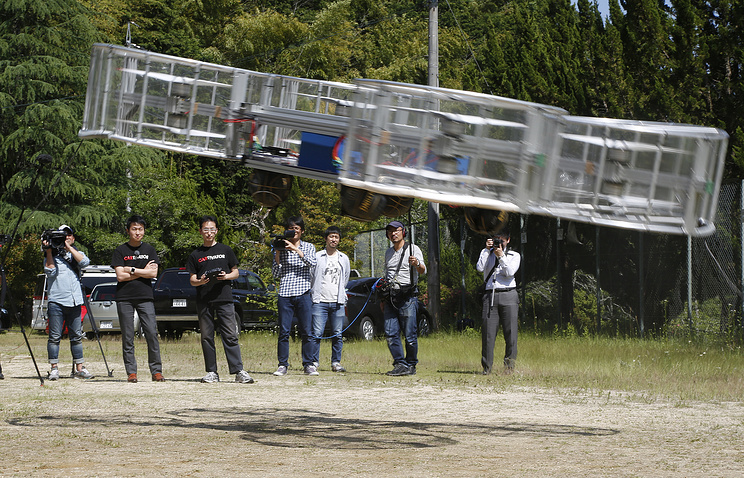 TOKYO, may 4. /TASS/. Japan finished the preparation for the country’s first test of full-scale prototype of a flying car. As reported on Friday, the Sankei newspaper, the test will hold in may, in an unmanned automatic mode on the ground in the city of Toyoda in Aichi Prefecture, where the plants and the headquarters of the automobile giant Toyota Motor.

The machine has four screws that allow it to fly like a quadcopter. In the auto mode it will move on three wheels. Machine length – 3.7 metres, height – 1.5 meters. It is assumed that the vehicle is designed for two people.

The development of this machine has been the company Cartivator together with the automobile, Toyota Motor, NEC electrical and other major corporations. On the market, the developers plan to release the car around 2025. However, before that they need to solve a number of problems associated primarily with the safety of driving on the road and in the air.

The government of Japan has already begun to develop a legislative framework for the use of flying cars and also intends to attract private business to create it. This was in March, said the Minister of economy, trade and industry Hiroshige Seko. According to him, it is about creating a fundamentally new vehicles in the near future that will allow you to move easily on land, water and air.