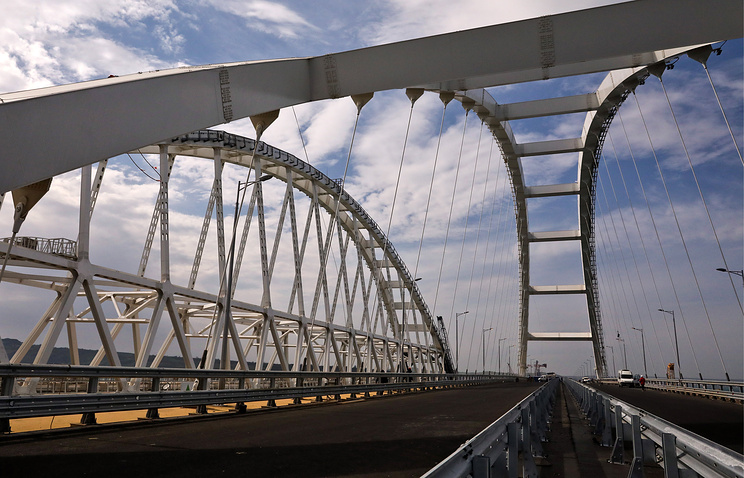 The HAGUE, 4 may. /TASS/. The public Prosecutor’s office is conducting an investigation against seven Dutch companies on suspicion of violating anti-Russian sanctions of the EU. This was reported in the Friday newspaper Algemeen Dagblad.

According to her, the company, whose names are not disclosed, could sell heavy equipment for construction of Crimean bridge. The company believed that can bypass European sanctions, working with the Russian side of the border, said the newspaper

If companies are found to have violated any embargo on the supply of goods and services, it may be considered by the European court as “undermining the territorial integrity of Ukraine”. “For legal persons the maximum penalty for this is €820 thousand, and for individuals the penalty will be €82 thousand or to imprisonment for a term not exceeding six years”, says the newspaper.

In turn the regional newspaper the Gelderlander wrote that among the seven companies included Dematec Equipment and Biljard Hydrauliek. According to the publication, the first of them put theportuguese installation used for the construction of the bridge, in the second an important components to it.

In 2014, the EU imposed sanctions against Russia in connection with events in Ukraine and the reunification of the Crimea with Russia and repeatedly expanded and renewed them. Was suspended talks on visa-free regime and on a new basic agreement on cooperation, a ban on entry into EU countries for officials from Russia and frozen their assets, the restrictive measures imposed trade, financial and military.

The bridge in the Crimea, linking the Peninsula with mainland Russia, is the longest in Russia and one of the largest in Europe. The length is 19 km, and includes two parallel spaced tracks for cars and trains. Erected at the expense of the Federal budget, the total cost of the project is 227,92 billion. As expected, the movement of vehicles on the bridge will be opened in the second half of may.