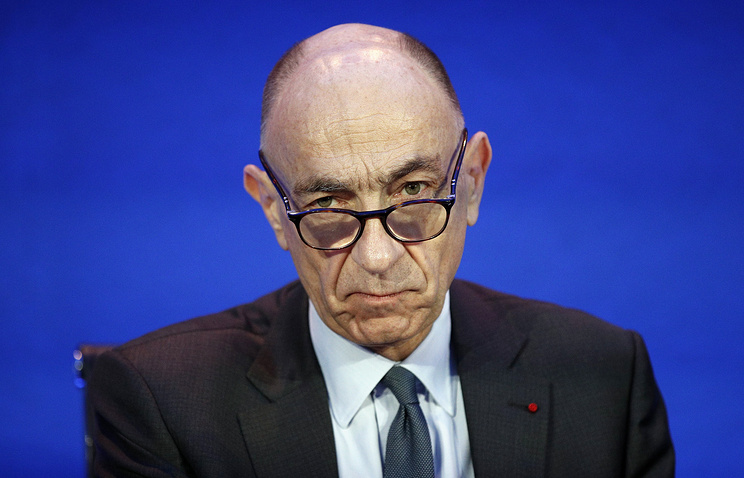 PARIS, may 4. /TASS/. The President-General Director of the French airline Air France Jean-mark Janiak said Friday that soon resigns from his post. This was reported by Agence France-Presse (AFP).

The reason for the resignation was the situation in which the management of the airline failed to reach agreement with the trade unions and workers on wage and hour personnel.

The conflict at Air France began last year. The unions demanded a wage increase of 6%, but the company suggested at first only an increase of 1%. In April 2018 it has put forward a new plan to increase wages by 7% in four years, supplemented by individual payments for labor achievements.

This plan was voted on by the employees on 26 April. It ended this Friday, the project was rejected by 55.4% of voters participate in vote 80,33% of eligible staff.

Janaac served as President-CEO of Air France July 2016. 65-year-old Manager said in advance that he would resign if put forward by the management plan of increase of salaries will be rejected by staff.

“I acknowledge all the serious consequences of this vote and will soon file a statement of resignation to the governing boards of Air France and Air France/KLM,” – said Janiak. “Even beyond issues of salary increase, this vote indicates a dysfunctional situation that exists in the company”, – he said, stressing “the need for a fundamental change” in Air France. Janaac expressed hope that his resignation “will give impetus to change and improve the situation.”

At the same time, he emphasized that “after years of stagnation, the company is moving now towards a powerful increase of services provided to customers.” In particular, it has established a subsidiary company Transavia, was updated and modernized the salon and the cockpit operating aircraft, the procurement of new ships.

As previously announced on may 4, the financial losses of Air France was in the first quarter of 2018 €269 million as a result of three days of strikes by flight and ground personnel. Still 11 days of the strike cost the airline €300 million, i.e. more than €25 million a day. According to the Agency AFP, Air France management believes that financial results in 2018 will be significantly lower than the previous year when operating profit was €1.9 billion.