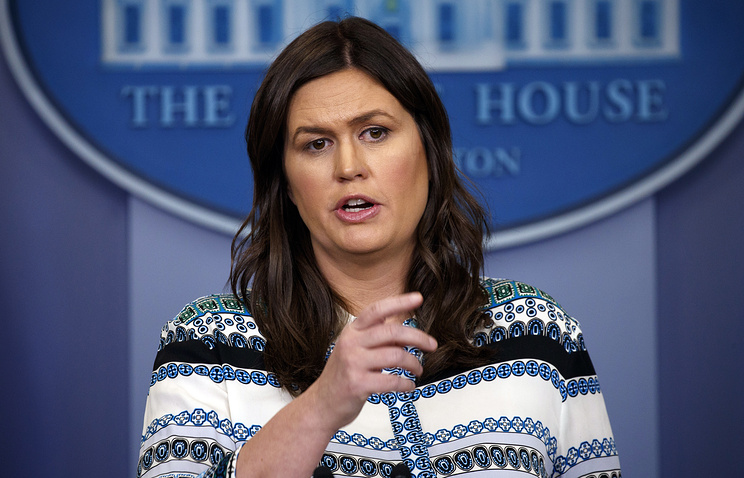 WASHINGTON, may 5. /TASS/. USA opposed to China’s Communist party impose politicized requirements to foreign air carriers, including American, regarding geographical indications. This was said in a Saturday statement, press Secretary of the White house Sarah Sanders.

She reported that on 25 April Chinese authorities have sent letters to 36 foreign air carriers, including a number of American companies with the requirement to change on their websites and in promotional materials refer to Taiwan, Hong Kong and Macau in accordance with the settings of the CCP. “President Donald trump spoke out against political correctness in the United States. It will support the Americans who are resisting the attempts of the Communist party of China Chinese political correctness to impose on American companies and citizens”, – the statement stresses.

Sanders described the requirements of Beijing as “nonsense on Orwellian”, referring to the British writer George Orwell. In addition, continued the representative of the White house, the call of the Chinese authorities “fits into the growing trend to impose the Communist party of China and political views of American citizens and private companies.”

“China’s attempts to censor political correctness on Americans and the rest of the free world will meet resistance,” says Sanders, Recalling also the “world famous” Internet filters operating in China.

“The United States strongly oppose the attempts of China to force private firms to use the specific wording of a political nature in their published information. We urge China to stop the threats and coercion against the American carriers and citizens,” concluded Sanders.