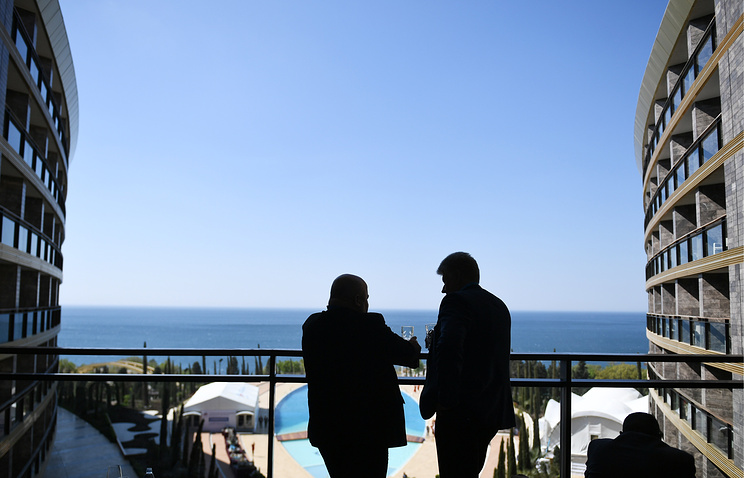 MOSCOW, may 10. /TASS/. The organizers of the Yalta international economic forum (AMEF) in 2019 for the first time will allocate a quota for Ukrainian delegations in more than 10 locations. About it the newspaper “Izvestia” reported co-chair of the forum organizing Committee and the Russian public organization “Business Russia” Andrei Nazarov.

“Recognizing the current difficulties in Russian-Ukrainian relations, we intend to inform the Ukrainian authorities on the allocation of quotas for representatives of their country. I really hope for constructive dialogue and open up new opportunities for cooperation,” he said.

Nazarov hoped that the initiative will help to reduce tension in bilateral relations and “eliminate the hostile rhetoric of Kiev against the forum.” “Moscow and Kiev are doomed to cooperation, given the cultural and historical closeness of our peoples. Therefore, the arrival of the Ukrainian delegation to the Russian Crimea could be a starting point for dialogue,” – he said.

The number of participants AMAT this year, compared with 2017 year increased by 30% – to 3,1 thousand people. In this case 612 of the forum participants were represented by 71 countries. The number of foreign guests – well-known businessmen and politicians, including members of the European Parliament, national parliaments, mayors, representatives of authorities of different levels, public organizations, expert and scientific community, mass media.