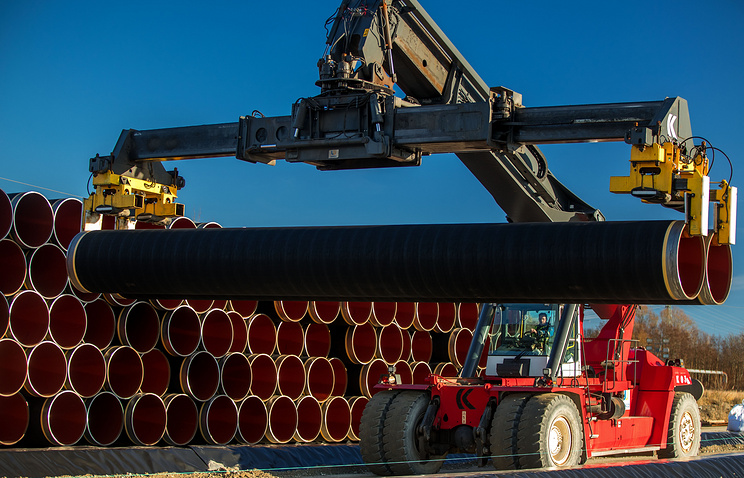 WARSAW, 9 may. /TASS/. The Polish Office for protection of competition and consumers of the beginning of Antimonopoly investigation against Gazprom and other shareholders who are involved in the construction of the pipeline “Nord stream – 2”. A message was distributed on Wednesday the Agency.

“The office of protection of competition and consumers began an investigation against “Gazprom” and five international companies responsible for the financing of the pipeline “Nord stream – 2”, – stated in the message.

“Management suspects that the parties to the transaction, despite the withdrawal of the application, together implement the project, the financing of this enterprise”, – follows from the document.

The question of the construction of “Nord stream – 2” were analyzed by UOKiK in August 2016. “Then the Chairman of the Board acknowledged that the project “Gazprom” and five international companies could lead to restriction of competition. Their overall the company had to design, Fund and build, as well as to engage in the operation of the gas pipeline”, – reminded in the Polish institution.

It was also recognized that “Gazprom” had “a dominant position in gas supplies to Poland, and the project [“Nord stream – 2″] would result in further strengthening negotiating positions in relation to consumers in the country.” At the same time the members of the consortium withdrew the application, “which in practice meant a ban on the implementation of enterprises”, the report underlines the UOKiK.

In April 2017 UOKiK again reviewed what is happening around the pipeline and started checking. “Then, the media informed that the failed project participants, despite the protest of UOKiK, signed an agreement on financing the construction of the pipeline,” recalled Polish control. “Two years ago the company, which was to begin construction of the “Nord stream – 2″, have not heard from us agreeing to Finance this project”, – said the Chairman of UOKiK Marek Nehal, stressing that “this may mean the violation of the Antimonopoly legislation”.

The essence of the investigation

The Antimonopoly investigation was initiated a few days ago. The Polish office to bring charges in the implementation of a transaction [financing of the “Nord stream – 2”] without permission to six companies. This is the Russian “Gazprom”, the Swiss Engie and four companies from the Netherlands: Uniper, OMV, Shell and Wintershall.

According to the Polish management, some participants in the transaction “may attempt to circumvent the lack of agreement on the establishment of the company sponsoring the pipeline construction”, – stated in the message of the UOKiK.

According to UOKiK, for violation of the ban on the creation of a common company faces penalties of up to 10% of turnover, and if it did take place and restore competition in the market is impossible, the head of UOKiK may decide to sell all or part of the assets of the entrepreneur, stocks, and even to dissolve the company, says management.

“Nord stream – 2” involves the construction of two pipelines with a total capacity of 55 billion cubic meters of gas per year from the coast of Russia through the Baltic sea to Germany. It will bypass transit States – Ukraine, Belarus, Poland and other Eastern European and Baltic countries exclusive economic zones and territorial waters of five countries – Russia, Finland, Sweden, Denmark and Germany.

The total project cost is estimated at €9.5 billion, the Commissioning of the “Nord stream – 2” is scheduled for the end of 2019. The sole shareholder of Nord Stream AG 2 is “Gazprom”. The European partners “Gazprom” under the project are Uniper and German Wintershall, Austrian OMV, French Engie and Anglo-Dutch Shell.