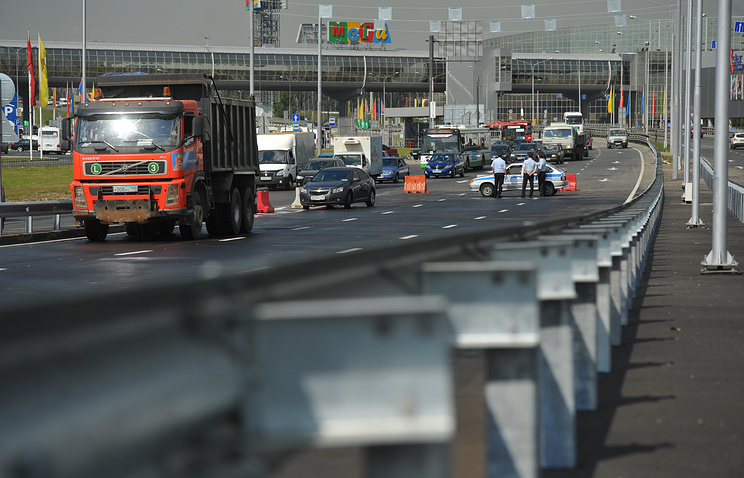 MOSCOW, may 10. /TASS/. The authorities of the Moscow region and the Russian direct investment Fund (RDIF) signed the agreement on the construction of two toll overpasses – “pravdinskiy” in the Pushkin district and Vostryakovo, Domodedovo urban district – with a total value of 3.5 billion rubles. This was announced Thursday in a press-service of the Ministry of investments and innovations of Moscow region.

“The signed agreement with the Russian direct investment Fund on construction of two overpasses in the Pushkin district and Domodedovo. The total investment will amount to 3.5 billion rubles, the movement will start in 2020” – quoted the press service of Deputy Prime Minister – Minister of investments and innovations of Moscow region Denis Butsaev.

According to him, the estimated traffic on the overpass, “pravdinskiy” will make 16 thousand cars per day, “Sochi” – 22 thousand Butsaev added that in June 2018 it is planned to sign three of the concession agreement for the construction of toll overpasses in Sergiev Posad, Stupino and Shatura districts in the County, they should operate in 2020.

“A prerequisite remains an alternative to free travel. These objects are chosen by investors as the most problematic from the point of view of the current traffic situation, and, of course, solve the problem of traffic congestion in the suburbs only at the expense of budgetary funds is difficult,” – said Deputy Prime Minister.

According to the Ministry, 10 concluded concession agreements worth over 43 billion rubles in the road construction field. In particular, the toll overpass in Naro-Fominsk and Odintsovo will start in 2019, and in the village of Ramensky district Safonova and platform “Kukarinskaya” Mozhaysky district in 2020.