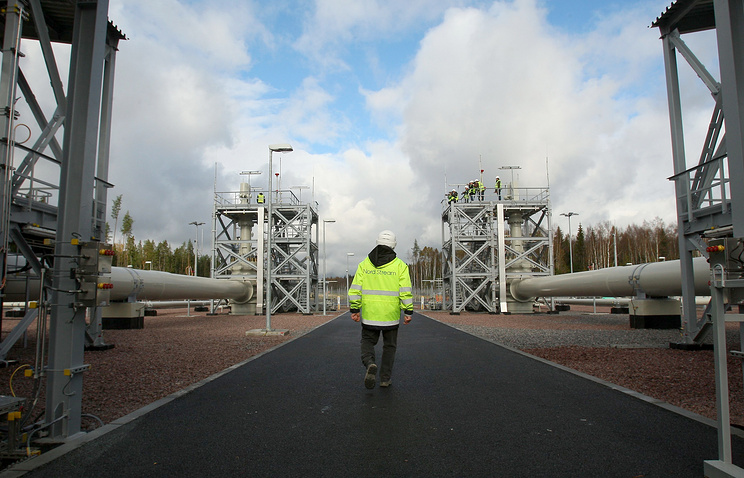 BERLIN, may 13. /TASS/. The Federal government should assume the role of mediator between Moscow and Kiev in the matter of implementation of gas pipeline project “Nord stream – 2”. This was stated by Executive Director of the Eastern Committee of German economy (VCNA) Michael harms, published on Sunday an interview with DPA.

“The government of Germany may become a mediator, because Germany and its economy play an important role in the implementation of the project,” said harms. He claimed that the gas negotiations between Moscow and Kiev speech, mainly about the volumes of “blue fuel”, which will be supplied to Europe through Ukraine.

“There is unity in opinions concerning what the Ukrainian transit network and will continue to be needed because the demand for imported gas in the EU is growing and the “Nord stream – 2″ the years will not be able to operate at full capacity,” said harms. “The only question is, what about the amount of gas that will be supplied by transit will be able to negotiate both sides,” he said.

Established in October, 1952, VKI represents the interests of the German economy in the countries of Central and Eastern Europe and Central Asia. Currently a Committee with headquarters in Berlin, brings together about 150 companies, primarily medium-sized businesses, and large industrial unions.

The Minister of economy and energy of Germany Peter Altmaier on Sunday went to Ukraine on Monday will visit Russia. He intends, first, to discuss in Kiev and Moscow the implementation of the “Nord stream – 2”. Before leaving Germany, the Minister told reporters that he was going to approve “the General concept of energy policy”, which would be arranged and the Russian and the Ukrainian side.

“The purpose of this visit is to clarify issues relating to the sector and the economy,” said Altmaier. He stressed that it was important to keep the transit of gas through Ukraine, despite the implementation of the project “Northern stream – 2”.