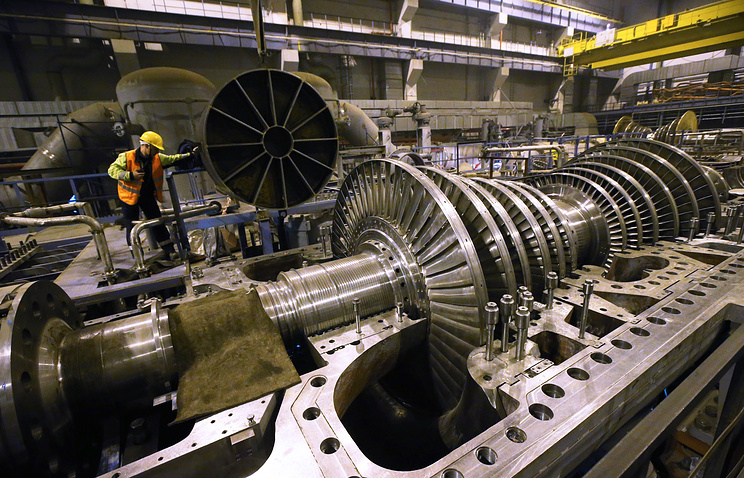 TASS, may 14. Active construction of a nuclear power BREST-300 in the Tomsk region could begin in 2019, said the scientific head of project direction “Breakthrough” Yevgeny Adamov.

Opens on Monday in Sochi, the 10th international forum “ATOMEXPO” the Breakthrough project presented a unique digital media visualization experimental demonstration energy complex (ODAC). The forum is organized by Rosatom state Corporation, is the largest event in Russia and CIS, devoted to nuclear energy, will be held in Sochi from 14 to 16 may.

“The active part of the construction of power unit with reactor plant BREST-OD-300 should start in 2019. This is later than was possible, as a positive conclusion of state expertise for the project was received in December 2015. But it gave the possibility of adjusting the project documentation, economic optimization of characteristics,” he said.

In the framework of the project “Breakthrough” in the next few years at the Siberian chemical combine (SKhK in the city of Seversk, Tomsk region) will be built a pilot demonstration power complex (ODEK), which includes the reactor of BREST-OD-300 lead cooled and station plant modules for the processing of irradiated and manufacture new nuclear fuel.

Adams noted that research and development (R & d) project ahead of schedule. “Quite far advanced construction and especially the production of equipment of first objects, ODAK – module fabrication – refabrication dense mixed nitride uranium-plutonium fuel. Most of the equipment has no analogues in the world and, very significantly, all processes are checked for complex experimental setups in the composition of SKhK” he said.

In April 2018, the head of Rosatom Alexey Likhachev at a meeting with Prime Minister Dmitry Medvedev said that state corporations have all the arguments, to ask the government to speed up construction in Tomsk of a new nuclear power complex.

“Fast reactors, especially the metallic coolant, give us the principle of security, close to natural, close to natural. In the city of Seversk of the Tomsk region implemented the project “Breakthrough”, and we have all the reasons to ask the government to rapidly conduct capital construction and to include in the state program of development of nuclear energy complex objects of capital construction – in the coming years in the Tomsk region”, – said Likhachev.

Adams added that commercial nuclear power with fast reactors with liquid metal coolant may appear in the world until 2030.

“We don’t lose time and will work the same as in previous years, up to 2030 [will appear]. There is no doubt that the period 2030 – 2050 should be the time for the development of a two-component nuclear energy. One component is a thermal neutron reactors and technologies of the open fuel cycle – already exists. Task – to grow a second and sustainably develop the energy sector of the country, to consolidate the leading position of domestic industry on the world market of nuclear power plants and nuclear technologies,” he said.