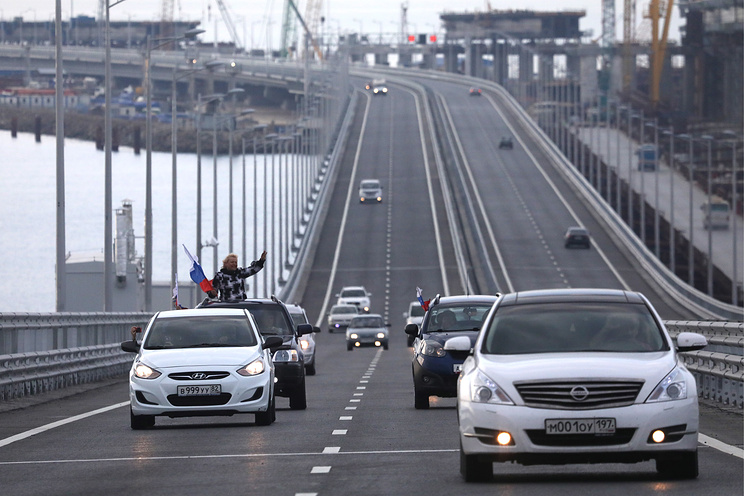 MOSCOW, may 16. /TASS/. Held on may 16 opening of traffic on the Crimean bridge in the current year will lead to the increase of tourist flow to the Peninsula by 20-25%. This opinion was expressed to journalists by the head of the Federal tourism Agency Oleg Safonov.

“The opening of the Crimean bridge is a historic, milestone event for our country. We expected the increase of tourist flow to the Crimea this year by about 20-25%. Assume that additional will be more than 1 million people,” – said Safonov after the governmental hour in the Federation Council. In the past year, according to the Federal tourism Agency, Crimea was visited by 5.4 million people, which is 3.2% less than the record of 2016.

Improving transport accessibility of the Crimea, thanks to the opening of the bridge will increase the investment attractiveness of the region, said the head of the Federal tourism Agency. In addition, to reduce the cost of construction, of food, of gasoline, so that prices on vacation in Crimea will also be lower. “The opening of the Crimean bridge will improve the investment attractiveness of the Crimea. The increase in tourist traffic will show the potential and real investors the opportunity to invest in accommodation facilities in the Crimea, and thus make a stable for many years”, – said Safonov.

Due to the bridge in the region will start active development of tourism, he said. Local authorities developed a project for the placement of campsites along the emerging highway “Tavrida” and along the track going from Kerch to Evpatoria, the head of the Federal tourism Agency. In addition, the opening of the bridge will be to encourage interregional tourism between the Crimea and the Krasnodar region, as well as the development of the Russian part of the Azov sea, said Safonov.

“Crimea becomes very affordable. Tourists who used to vacation in the Krasnodar region, can… fast, easy and cheap to get to the Crimea. And Vice versa: those tourists who went to the Crimea, you can visit popular places in Krasnodar Krai. That is, it creates the opportunity for interregional perspective the South beach route,” said Safonov.