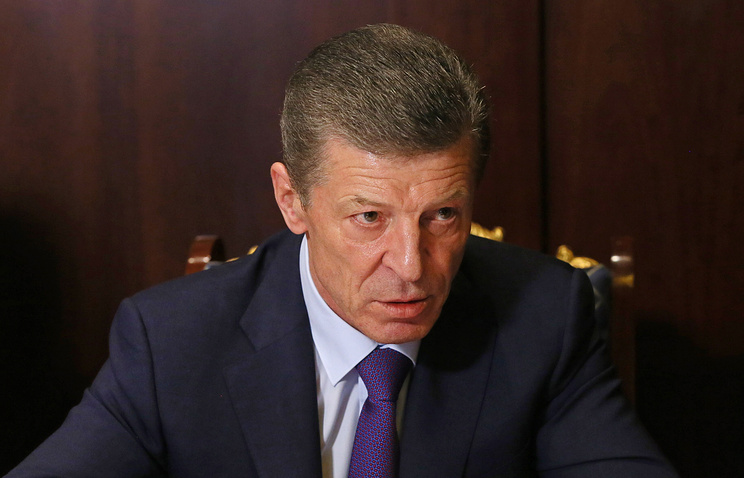 ASTANA, may 17. /TASS/. The Russian government sees risks for Russian business in Iran due to imposed US sanctions, including from-for payments in US dollars. Russia is considering the issue of minimizing damage to the business, said TASS, the acting Deputy Prime Minister Dmitry Kozak on the sidelines of the economic forum in Astana.

The Russian government is confident that a permanent free trade zone between Iran and the Eurasian economic Union will be created in the coming years.

“I am confident that in the current environment it (signed on Thursday an interim agreement – approx. TASS) will facilitate the conclusion of a permanent agreement on free trade area in the coming years,” said Kozak, stressing that the interim agreement creates a Foundation for such predictions.

He also noted that the parties agreed to create a mechanism of cooperation of private entrepreneurs of Iran and the Eurasian economic Union, and expressed confidence in a steady increase of the list of goods that fall under a lightweight customs regime.

On 17 may, the Eurasian economic Union (EEU) and Iran signed an interim agreement on free trade zone, which is intended to increase trade between countries by facilitating customs regime.

Chairman of the Eurasian economic Commission Tigran Sargsyan at the economic forum in Astana said that now the agreement included an initial list of goods for which import duties in mutual trade will be reduced or eliminated after the entry into force of the agreement. He explained that the agreement covers about 50% of the total volume of mutual trade, and said that the volume of trade between the EEC and Iran in 2017 amounted to $2.7 billion.

According to Sargsyan, immediately after the agreement enters into force, the parties can save on payment of customs import duties. The list for the EEU include meat and fat products, certain types of confectionery and chocolate, cosmetic, electronic and mechanical equipment. The Iranian side will receive tariff preferences in the comprehensive list of food products – vegetables, fruits, dried fruits, and building materials.

“For industrial products, the average level of import duties of Iran will fall by seven percentage points, while for countries of the Union by 3.5 percentage points for agricultural products to Iran, they will decrease by 19 points, for the EAEC [on] 5 points,” – said Sargsyan. Full agreement can be signed after three years, he said.