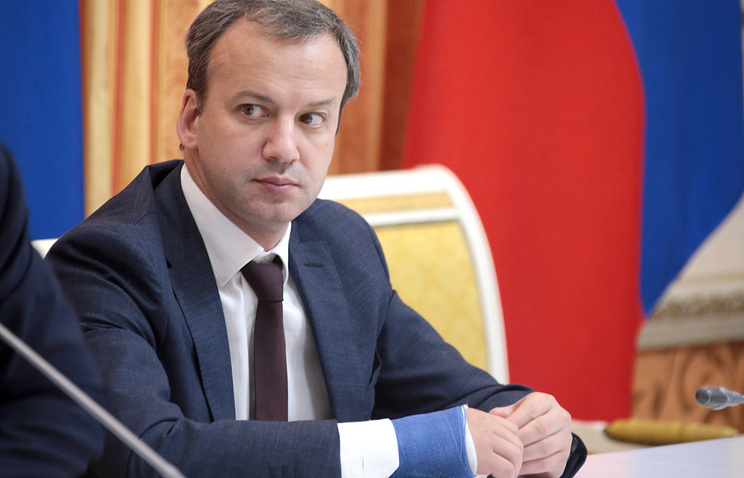 MOSCOW, may 18. /TASS/. Former Deputy Prime Minister of Russia Arkady Dvorkovich at the meeting of Council of Fund “SKOLKOVO” on Friday was elected the co-chair of the Fund. As reported in a press-release of “SKOLKOVO” together with Viktor Vekselberg he will identify the main strategic vectors of development of the Fund.

“Arkady Dvorkovich, working in the government, in charge of innovation policy of Russia and the SKOLKOVO Foundation in particular. He knows the strong and weak sides of the project, is familiar with his financial and operational performance, understands our current goals and strategic priorities. I am very glad that now Mr Dvorkovich comes to our team, so to speak, to the position of player-coach and will be able to participate not only in shaping our future ambitious plans, but their implementation in practice”, – the press service quoted the words of co-chair and President of the Foundation “SKOLKOVO” Viktor Vekselberg.

It is noted that the Council of the Foundation is headed by two co-Chairpersons on a voluntary basis, one of whom is its President. The second co-chair till recently was the former President of Intel Craig Barrett, who has resigned at the end of 2017.

During the work of the government in the purview Dvorkovich were agriculture and agro-industrial complex, transport, communications, information technology, fuel and energy complex (excluding the granting of subsoil use rights), industry (with the exception of the military-industrial complex) and science.

The SKOLKOVO Foundation was created in 2010 to create an ecosystem conducive to enterprise development and innovative research in areas such as energy efficiency and saving, nuclear, space, biomedical and computer technology, biotechnology in agriculture and industry.

The Fund entrusted with the management of innovation center “SKOLKOVO”, the activity of which is regulated by a special law granting special economic conditions for start-UPS, specially external technological expertise (currently more than 1.8 thousand).